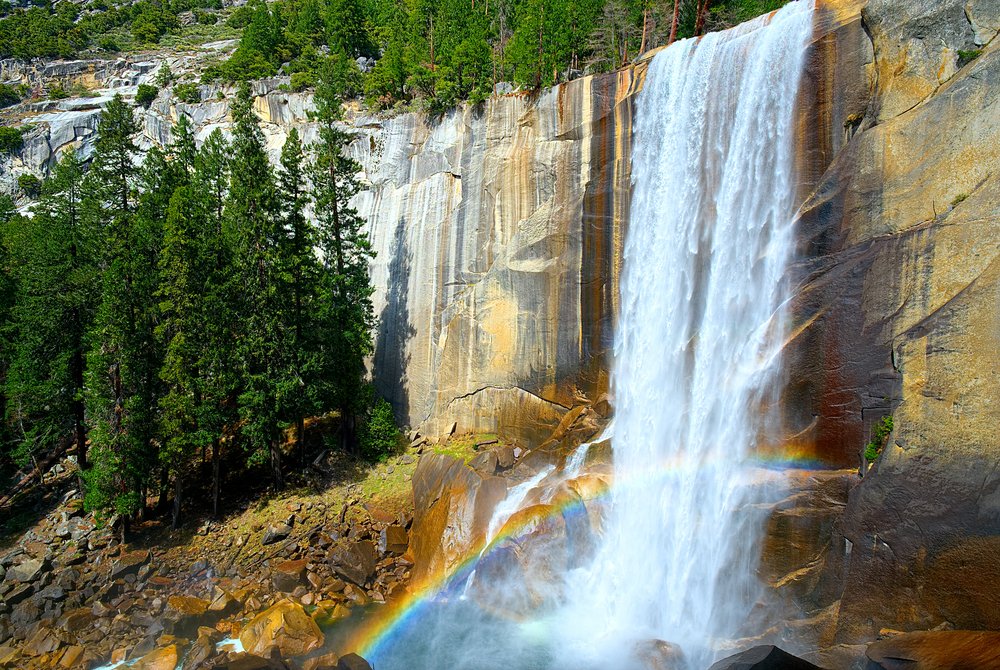 If you’re a fanatic for waterfalls and you’re looking for a waterfall caption that will go beyond the tired old “don’t go chasing waterfalls” quote every 90s kid will forever associate with TLC (RIP Left Eye), this is the post for you.

This exhaustive post about the best quotes about waterfalls will leave with you an overflow of ideas and inspiration for waterfall captions for Instagram or beautiful waterfall quotes to decorate your room, campervan, or house with.

I’ll include beautiful quotes about waterfalls from a variety of sources. If you use one of these lovely waterfall quotes as your Instagram caption for a waterfall photo, tag me so I can see it! I’m @eternalarrival on Instagram.

“A waterfall happily and cheerfully flows in the nature; there is happiness only if there is freedom!”

“There is a waterfall in every dream. Cool and crystal clear, it falls gently on the sleeper, cleansing the mind and soothing the soul.”

“The point is that when I see a sunset or a waterfall or something, for a split second it’s so great, because for a little bit I’m out of my brain, and it’s got nothing to do with me.”

“Young leaves, the sound of a waterfall, heard from far and near.”

“I can see my rainbow calling me through the misty breeze of my waterfall.”

“My desert soul erupts with turquoise water, floods and cascades and waterfalls rushing in around my rocky parts, pushing and reshaping and filling every hidden dark spot.”

“There is a hidden message in every waterfall. It says, if you are flexible, falling will not hurt you!”

“When the moonlight and the waterfall come together, all other things fade from the scene.”

“Emerald slopes became so tall they touched the clouds, and showers painted diamond waterfalls that sluiced down cliff sides.”

“There’s hope at the bottom of the biggest waterfall.”

“Water is the most perfect traveler because when it travels it becomes the path itself!”

“For an instant, silence, noisier than a waterfall.”

“A waterfall cannot be silent, just as the wisdom! When they speak, the voice of power speaks!”

“Sometimes, it’s hard to tell how fast the current’s moving until you’re headed over a waterfall.”

“Just let go – and fall like a little waterfall.”

“I need waves. I need waterfalls. I want rushing currents.”

“It is life, I think, to watch the water. A man can learn so many things.”

“Grace is finding a waterfall when you were only looking for a stream.”

“It was more than just the gentle tumble of the waterfall, or the wind or the sound of birds. It was much, much more he knew. He looked about him and he knew he had found what he had been looking for.”

“Look with open eyes, and you will see the beauty of the waterfall.”

“Water is the driver of nature.”

“The vast waterfall of history pours down, and a few obituarists fill teacups with the stories.”

“My mind is a raging torrent, flooded with rivulets of thought cascading into a waterfall of creative alternatives.”

“The idea is that flowing water never goes stale, so just keep on flowing.”

“Above them, a waterfall tumbled from a clifftop as high as a church steeple. The water fell in milky blue strands, shooting spray in the air that danced in rainbows of gold, pink, and blue.”

“And when you hear the sound of the waterfall coming nearer and nearer, tidy up the boat, put on your best tie and hat, and smoke a cigar right up till the moment you go over. That’s a triumph.”

“Not a hundred feet away the river roared over a cliff’s edge, and we weren’t really leaves, even if I’d been careful to forget that.”

“Many a calm river begins as a turbulent waterfall, yet none hurtles and foams all the way to the sea.”

“Owls hoot in B flat, cuckoos in D, but the water ousel sings in the voice of the stream. She builds her nest back of the waterfalls so the water is a lullaby to the little ones. Must be where they learn it.”

“When water falls, it flies.”

“Mist to mist drops to drops. For water thou art, and unto water shalt thou return.”

“Water does not resist. Water flows. When you plunge your hand into it, all you feel is a caress.”

“Waterfalls wouldn’t sound so melodious if there were no rocks in their way.”

“Eventually, all things merge into one, and a river runs through it.”

“Like a bridge over troubled water, I will lay me down.”

“They say that people who live next to waterfalls don’t hear the water.”

“Once we have tasted far streams, touched the gold, found some limit beyond the waterfall, a season changes and we come back changed but safe, quiet, grateful.”

“I feel like water that transforms from a flowing river to a tranquil lake to a powerful waterfall to a freshwater spring to a meandering creek to a salty sea to raindrops gentle on your face to hard, stinging hail to frost on a mountaintop, and back to a river again.”

“Just as a waterfall grows slower and more lightly suspended as it plunges down, so the great man of action tends to act with greater calmness than his tempestuous desires prior to the deed would lead one to expect.”

“As long as I live, I’ll hear waterfalls and birds and winds sing. I’ll interpret the rocks, learn the language of flood, storm, and the avalanche. I’ll acquaint myself with the glaciers and wild gardens, and get as near the heart of the world as I can.”

“Experiencing the present purely is being empty and hollow; you catch grace as a man fills his cup under a waterfall.”

“With meditation, I found a ledge above the waterfall of my thoughts.”

“A waterfall is concerned only with being itself, not with doing something it considers waterfall-like.”

“Be soft in your practice. Think of the method as a fine silvery stream, not a raging waterfall.”

“After we are separated by birth from this oneness, as the water falling from the waterfall is separated by the wind and rocks, then we have feeling. You have difficulty because you have feeling. You attach to the feeling you have without knowing just how this kind of feeling is created. When you do not realize that you are one with the river, or one with the universe, you have fear. Whether it is separated into drops or not, water is water. Our life and death are the same thing. When we realize this fact we have no fear of death anymore, and we have no actual difficulty in our life.”

“Another way to look at meditation is to view the process of thinking itself as a waterfall, a continual cascading of thought. In cultivating mindfulness we are going beyond or behind our thinking, much the way you might find a vantage point in a cave or depression in a rock behind a waterfall. We still see and hear the water, but we are out of the torrent.”

“Your love is like a waterfall, running wild and free.”

“I shift an infinitesimal movement towards him. It is like the leap from a waterfall. I do not know, until then, what I am going to do.”

“I love you like a river that understands that it must learn to flow differently over waterfalls and to rest in the shallows.”

“She dares me to pour myself out like a living waterfall. She dares me to enter the soul that is more than my own; she extinguishes fear in mere seconds. She lets light come through.”

“When you are outpouring your emotion,
it is like me trying to climb up a waterfall
To get to you.
But if you are calm and have faith in me,
I can sail right over to you
On the still waters of your soul.”

“Seen on a night in November
How frail
Above the bulk
Of crashing water hangs,
Autumn, evanescent, wan,
The moon.”

“When I was walking in the mountains with the Japanese man and began to hear the water, he said, ‘What is the sound of the waterfall?’ ‘Silence,’ he finally told me.”

Get lost in nature and you will find yourself.

When it rains, it pours.

Go with the flow.

Whatever floats your boat.

We start in different places, but we all meet in the ocean.

It’s all downhill from here.

Great things are over every fall and around every bend.

The waterfall is nature’s laughter.

I keep on falling in and out of love with you

This view is gorges!

Let all your troubles fall away

I have no current plans

I’ve never mist a chance to see a waterfall

Where you lead, I will fall-ow (yes, this is a double Gilmore Girl and waterfall pun reference, you’re welcome)

Pleased to make your aqua-taince

Some people say I’m an aqua-holic

What are you wading for?

Water-falling in love with this place.

This view is over the top!

When it rains, it really pours.

Watery waiting for? Jump in!

Just go with the flow on this one

Fallin‘ in love all over again.

I’m over waterfalls. They’re too main-stream. 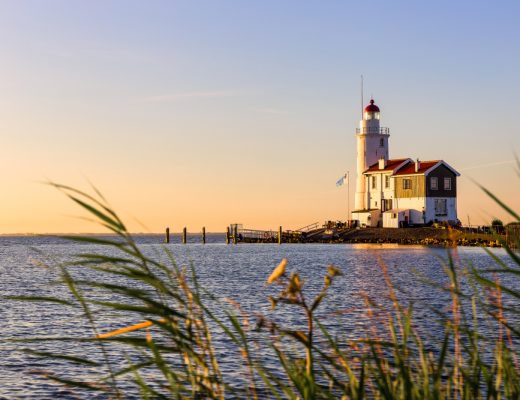 June 24, 2020
Previous Post 88 Thoughtful Safe Travel Quotes to Wish Loved Ones Well on Their Journey
Next Post 17 Incredible Waterfalls in California Worth the Hike (+ Trail Info)