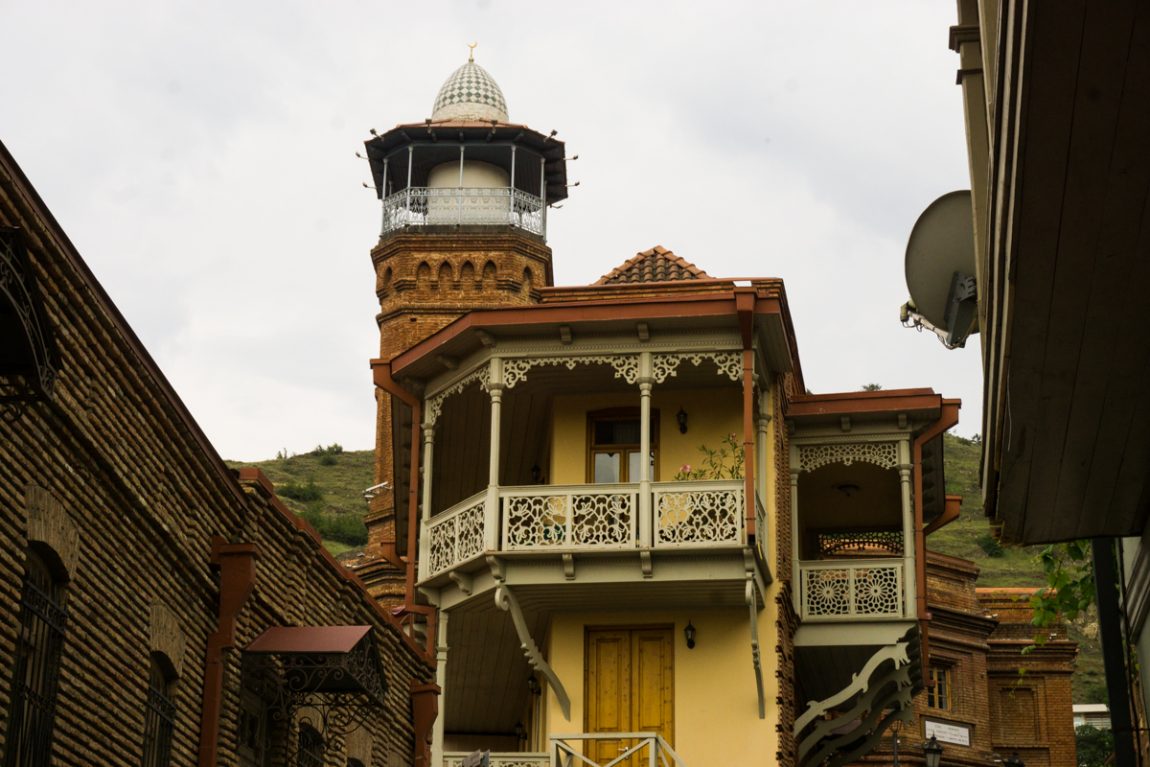 Am I The Only Person Who Didn’t Like Tbilisi?

Not every place you travel to can be a home run, but even I was surprised by how much I ended up not enjoying Tbilisi.

I had heard such great things about the Georgian capital that I was almost certain it was going to be the highlight of my month traveling the Caucasus.

I sandwiched a week in Tbilisi in between Azerbaijan (which I wasn’t looking forward to but ended up loving) and Armenia and found it my least favorite city of the trip by a good margin. When I returned to Tbilisi for a few days after a week in Yerevan – my favorite city in the Caucasus – I tried to give it a second chance. Still no dice. 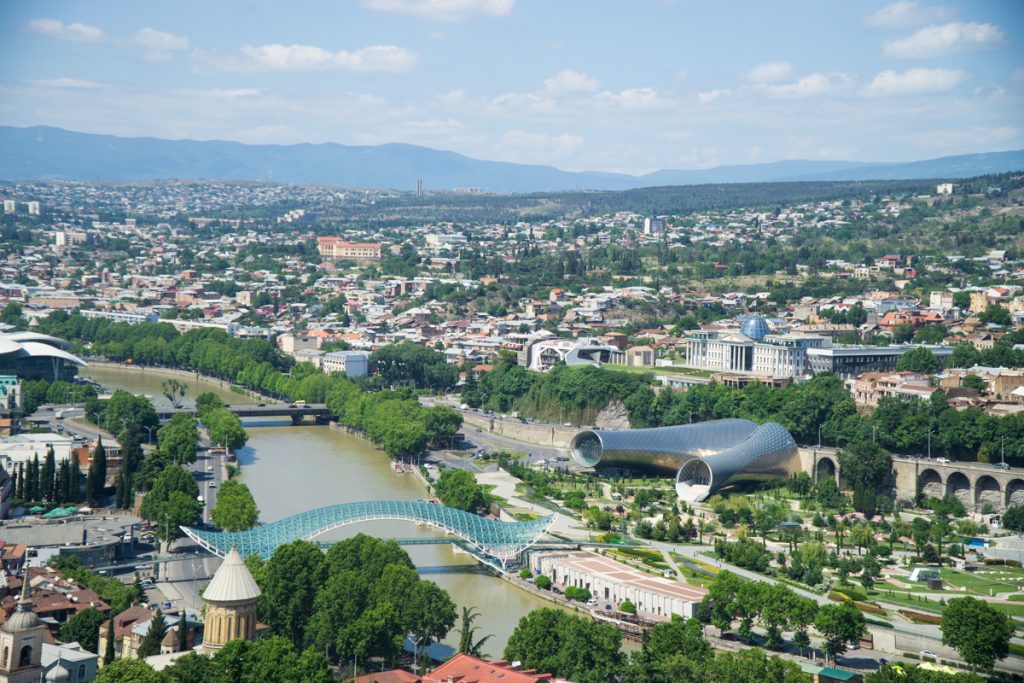 Let me pop in a quick disclaimer here. I try to keep things fairly positive, or at least neutral, on my blog, especially when I discuss traveling to off the beaten path places where tourism would do great things for the economy.

I live in Sofia, Bulgaria, and I’ve read articles that slam Sofia as a shitty place just because the sidewalks are busted or someone wasn’t able to find the city center (which is, quite frankly, kind of shocking).

I’ve heard people call it bleak and joyless, and it bothers me. I’m defensive of this city because I love it so much, and I know that for some people, reading this article about Tbilisi will stoke the same feelings. And that’s okay – you have every right to be annoyed by this post, or to love cities that I just didn’t like. My opinion is not the be all, end all.

I can partly chalk this up to a bad first impression. Our first taxi experience in Georgia involved our driver racing through the pouring rain at 140 km/hour, splitting the middle lane as if it were nothing more than a silly suggestion, to the point where we were squeezing headlong between trucks.

We got pulled over by the cops and exited the situation suspiciously quickly (I have a feeling a bribe changed hands). Then he refused to take us to our final destination, trying to kick us out of his car in the driving rain, all the way on the outskirts of Tbilisi.

We finally got him to summon us a new cab (who then also didn’t want to take us to our destination, for reasons I still don’t understand – it was a very normal and central location in the center of the city).

This wasn’t an isolated experience – basically every taxi ride that we didn’t organize in advance with Yandex was a huge pain in the ass. 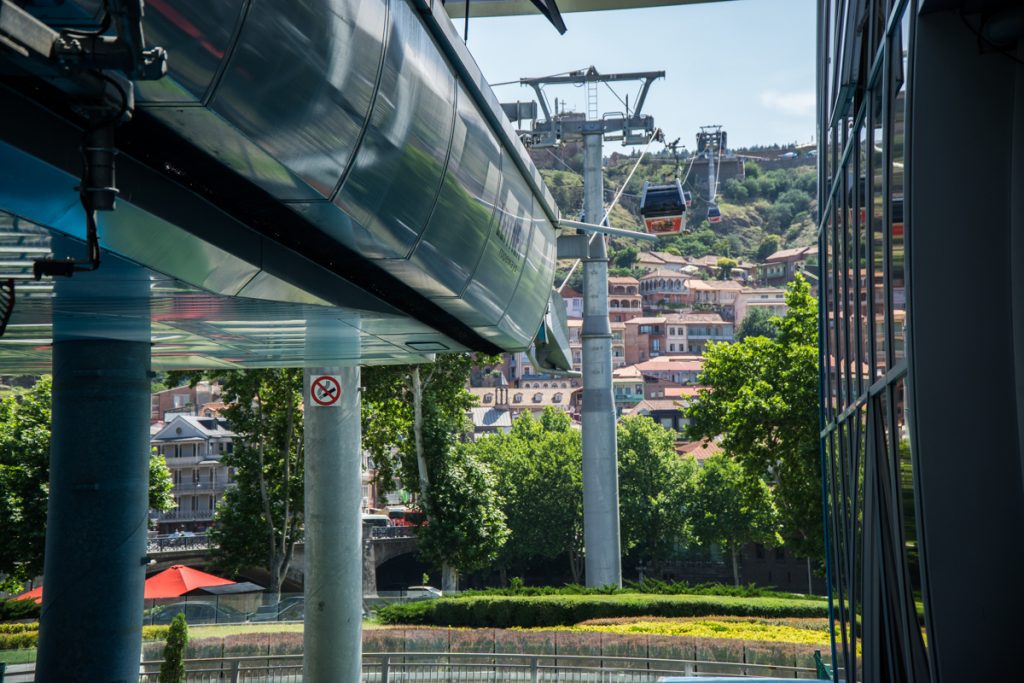 Terrifying drivers aside, Tbilisi still didn’t grow on me. One thing I value highly in my cities is walkability, and Tbilisi just doesn’t have that in my opinion. The sidewalks seemingly switch from one side of the street to the other at complete random, making you cross the street at the mercy of its insane drivers.

There are countless places where there are just no crosswalks or street signs and suddenly, you need to Frogger your way across several lanes going in both directions, except unlike in Vietnam, it actually feels like drivers are out to hit you.

Either that, or there are underpasses where you need to go underground in order to cross the street safely, something that as a woman I feel uncomfortable doing at night (important side note though: on the whole I feel like Tbilisi is very safe for female travelers).

I’ll be the first to acknowledge that my mental state in Georgia was not fantastic. I was over-traveled and seriously missing Sofia.

But I was able to push away my exhaustion to fall in love with Azerbaijan, particularly Nakhchivan and Ganja – neither of which are particularly ‘easy’ places to travel, given that so few tourists pass through these parts.

And after Tbilisi, I found myself head over heels with Yerevan, finding it super livable and bookmarking it for a longer stay in the future. So why couldn’t I do the same for Tbilisi? 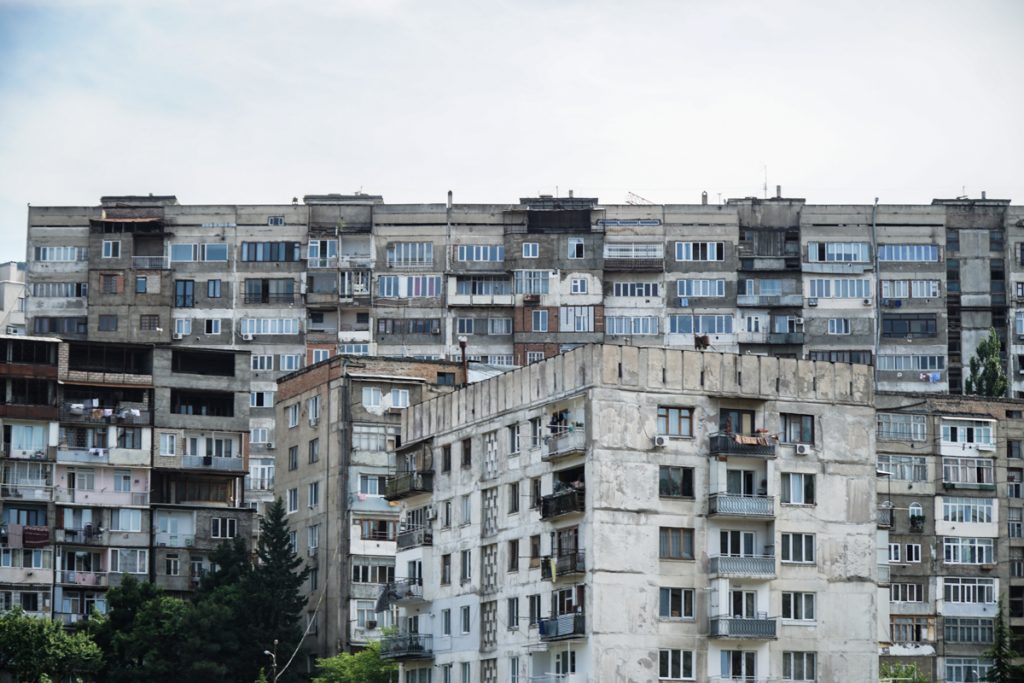 As I found myself editing my photos of Tbilisi today, I found myself feeling such an overwhelming sense of blah. Despite spending a total of 10 days in Tbilisi and giving it a solid chance, I just didn’t get it.

I found the food uninspiring and dull, as if Georgians were ethically opposed to including more than one color on a plate (which is weird because I’ve really enjoyed Georgian food in Turkey).

The khachapuri that everyone raved about was just bland and salty. My friend ordered a mushroom dish and quite literally got served just unseasoned mushroom caps.

The prices for food in Georgia were expensive compared to other places in Eastern Europe and the Caucasus. Georgian wine was fine, but it didn’t live up to the hype (I enjoyed wine in Armenia more). 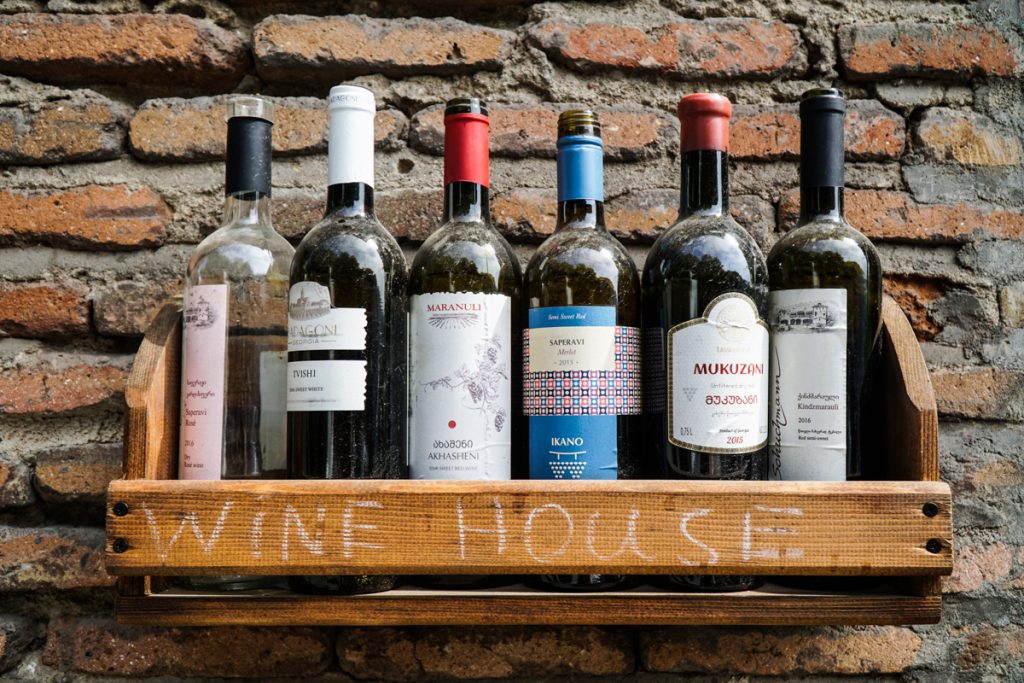 Part of it, I think, is expectations. I had high expectations for Tbilisi and was strongly considering moving there at some point in the future, as Georgia has extremely permissive visa rules for Americans: a 365-day visa, in fact, meaning you can effectively move there without doing a single piece of paperwork. That appealed to me greatly, so it was extra disappointing when after visiting Tbilisi I realized I’d never be happy living there.

Meanwhile, having had low expectations for Azerbaijan, I was surprised by how much I ended up enjoying it. Most people only visit Baku and as a result, aren’t huge fans. I liked Baku but ended up loving the rest of Azerbaijan. Armenia also blew me away. I think Tbilisi suffered by being compared to its neighbors – had I only visited Tbilisi, perhaps I would have felt differently. 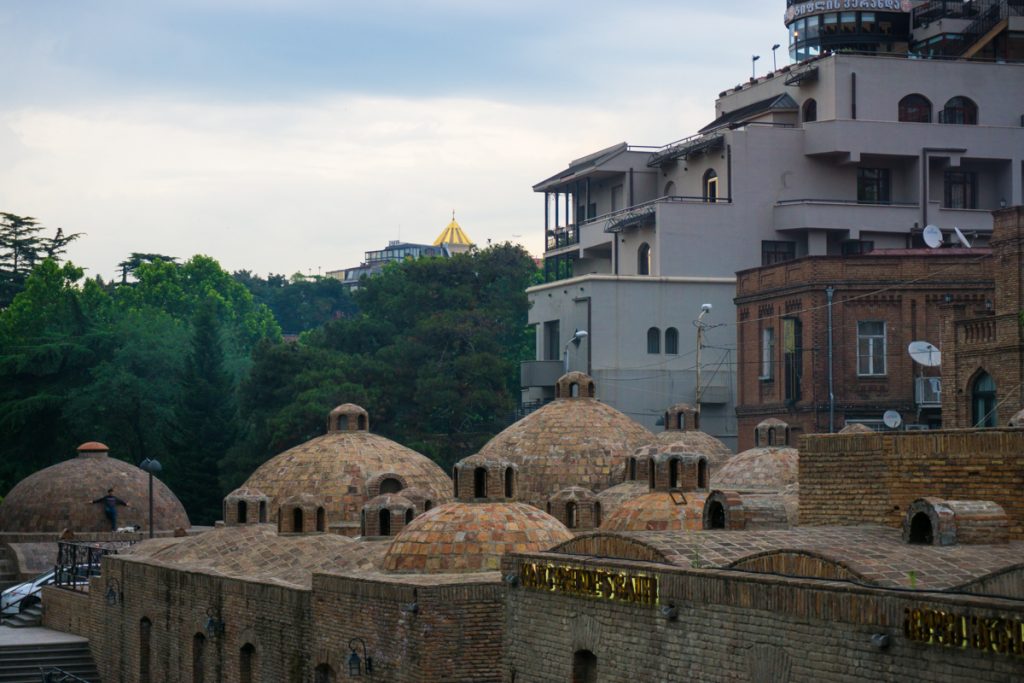 I have to give the city its credit: there are definitely some cool pockets of Tbilisi, and I can see why a lot of people enjoy the city — there are a lot of interesting things to do in Tbilisi, even if the city doesn’t rub everyone the right way.

There’s a thriving hipster scene centered around Fabrika, a combined hostel/workspace/creative hub. Shio Ramen has literally some of the best ramen I’ve eaten outside of Japan and New York. I would consider going back to Tbilisi for their bao buns alone.

I had a genuinely good day out at Turtle Lake and the Ethnographic Museum. 9 Mta has an excellent variety of craft beer and is located in a vibrant part of the city, and the city is clearly growing and changing quickly.

Things seem to be getting better for Georgians, or at least moving in the right direction. During my time in Tbilisi, young Georgians were protesting corruption and succeeded in ousting their Prime Minister mere weeks after Armenia’s more-publicized Velvet Revolution.

As a country that has seen war in the past decade (In the Russo-Georgian War in 2008, Tbilisi itself had Russian tanks roll up within 30 kilometers of the city limits) Georgia has done a great job recovering its image and promoting itself as a safe and desirable place for tourism in a way that other post-Soviet and post-Communist countries have not. That’s no small feat. 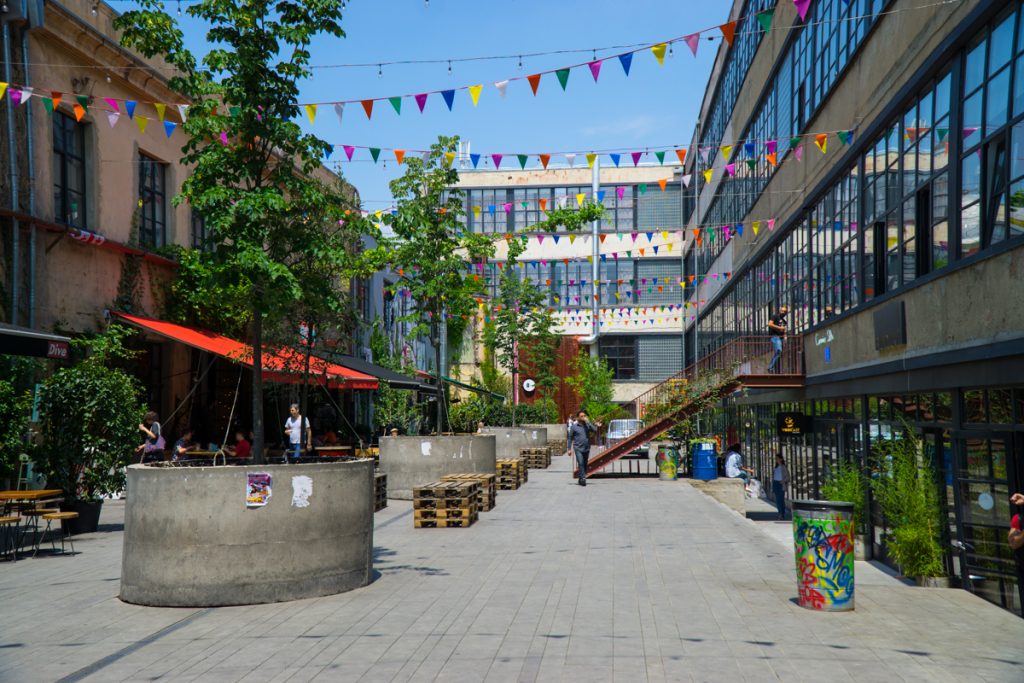 But I also feel like tourism may have come too quickly for Tbilisi, corrupting a city that wasn’t quite ready for the waves of tourists coming in on cheap flights. This is not meant to dissuade anyone from visiting and seeing for themselves — I think that every place deserves an opportunity to be experienced. As a travel blogger, I don’t take influence lightly, and I know that the words I say have an impact on how people perceive faraway places. To counter my opinion, I know that plenty of people number it among their favorite cities, and perhaps it was a confluence of bad luck, bad timing, and my own personal preferences in a city that left me so disappointed in Tbilisi.

I’m sure one day I’ll come back and give Tbilisi another chance – after all, there is so much more to Georgia than just one city. And I’m fully prepared that I’ll change my mind. I’ll just need some therapy to get over the driving first.

Previous Post Ultimate Taipei Itinerary: 5 Days in Taiwan's Lovable Capital
Next Post Chisinau to Kiev by Train: Well, That Was a Trip