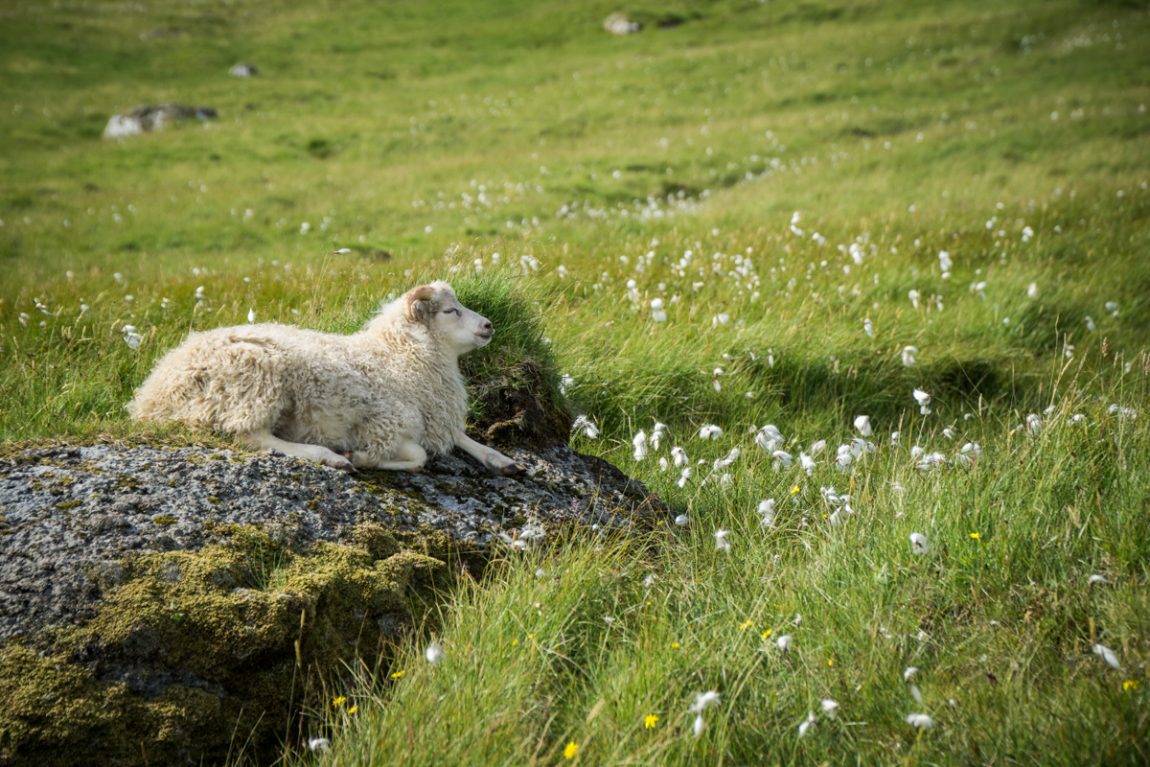 13 Photos of Faroese Sheep to Brighten Up Your Day

It’s no secret if you look at my recent post history that I’ve had a bit of writer’s block lately.

My constant movement has become exhausting, inhibiting my ability to work on my business and myself in the ways I’d like to. Nearly three years of nonstop travel later, I think it’s safe to say I’m tired. The routines I once ran from I now crave. Simple things — doing a load of laundry in a familiar washing machine, having my my own pantry and kitchen knives — all carry just as much, if not more allure to me as ticking another place off my bucket list.

In the wake of my year-long standoff with Bulgaria’s bureaucratic immigration requirements, travel has become more burden than : something I must do every few weeks rather than something I get to do.

I felt detached from most of the trips I did this like I was floating through a city, avoiding as much interaction and stimulation as possible so as not to get overwhelmed – my default setting over the past twelve months. But in all my travels last year, there is one place that bucks the trend.

Leave it to this cluster of islands to do the impossible and wake me from my sleeping inner self and shock me out of my blasé and hyper-privileged attitude towards travel.

Leave it to these islands to come back to a more raw, pre-burnout version of myself: capable of awe, brimming with curiosity, and awake to small and beautiful details.

If you feel as if that was a strange segue…. you’re 100% correct. The thing with writer’s block is that it is like a vice grip on your brain, and every day that passes without writing is confirmation that you, indeed, should not be writing.

Between my perfectionist tendencies, my general feeling of malaise towards travel, and working on my second site which is admittedly grabbing more of my attention now, I’ve logged into Eternal Arrival planning to write several times over the past few weeks… and never published a word. Everything seemed trite, pointless… until I stumbled across this folder of photos of sheep from the Faroe Islands I’ve been saving for some iteration of this exact post.

They are so un-self-consciously silly that it’ll break through even the most rock-hard ennui. They are aloof to your existence yet not afraid. They are simple, and yet they have an innate intelligence that allows them to live in complete harmony with the land.

They give zero f(@*s about your presence – especially when there is an especially delicious ray of sun hitting them while they bask in the sun.

The Faroe Islands are not an easy place to eke out a living – approximately 2 percent of the land is arable, leaving Faroese people to turn to the sea. That’s why fishing and whaling are such big industries here – when you have 2% of 1,399 km² to feed 50,000 people, you’re going to have to get creative.

Of course, sheep and humans live together on these islands in a kind of partnership. The sheep provide wool and meat; the humans provide shelter from the harsher elements.

In fact, the name Islands comes from old Norse old Norse Færeyjar, which literally means “Sheep Islands” – that’s how essential these animals are to the islands. And with sheep outnumbering people by about 50% on these islands, you’ll see why.

Sheep were not born on these islands, but they were seemingly made for life on it. Norse settlers brought sheep to the Faroes during the Viking era, where they thrived in this grassy, mountainous landscape. Their wool coats kept them protected from the icy Atlantic winds and their light, strong skeletal structures allow them to easily traverse the mountainous terrain with an ease that makes humans look quite clumsy in comparison.

Faroese sheep are now a unique breed of sheep all their own. Their unique breed has been mixed with sheep imported from Iceland and the Scottish isles to boost their numbers during valleys of low numbers in the 17th century and later again in the 19th century, to engineer a sheep with more meat and better wool.

When exactly sheep came to call the Faroe Islands home is not exactly known.

Historical records show that the islands were full of sheep as far back as 825 CE, but the islands have been inhabited by people on and off since the 300s CE – so the sheep must have arrived sometime in between and immediately started thriving in these wild, grassy lands.

The relationship between man and animal is for one of two purposes: companionship or food.

Sheep, while adorable, don’t make the best companions (I find them a bit snobby, the cool kids of the animal kingdom you can’t quite make an in with) – and therefore, they have become food.

Lamb has been a crucial part of the Faroese diet for centuries. As the slaughter occurs only once a year in the fall, the Faroese developed a variety of ways to eat the meat for the entire year to come: cooked, dried, and fermented.

The latter two methods were especially essential in the years before electricity and therefore freezers were invented, and they are still part of a traditional Faroese diet.

Even though Faroese people now have basically all of the conveniences of modern-day life – great roads, electricity in all villages, surprisingly fast WiFi – they still maintain the traditions they gained from leaner, harder times, those little ways of doing life that make up the distinctly Faroese identity.

To preserve the lamb meat for the year to come, the Faroese would build dry, airy structures and hang up the meat. This semi-sheltered preservation system provided a safe way for the meat to ferment (ræst). This meat has a unique flavor and texture that the Faroese still incorporate into their modern cuisine

As Faroese people have gained an easier, more modernized way of life, they have more room to explore and get creative with their cuisine. Young chefs in the Faroes have begun to play with their country’s national dishes, putting new spins on traditional classics.

While you’ll find a lot more vegetables and tastes from abroad on your typical Faroese plate – I had a quinoa salad in Tórshavn, hardly native to these islands – you’ll also find plenty of nods to the importance of sheep meat in the country’s cuisine in the restaurants of these islands. Lamb – fermented and cooked – is inextricably tied with Faroese gastronomy.

Of course, meat is just one aspect of the importance of sheep to the Faroe Islands. Another reason why sheep were brought to the Faroes and tended to for centuries was their wool – semi-seriously called ‘Faroese gold’ in a common Faroese adage.

The spring shearing of thousands of Faroese sheep each year meant that almost-magically warm wool was never in short supply. While traditionally designs were more utilitarian, newer designers have focused on bringing a more fashion-forward touch to their creations. In particular, the Faroese designers Guðrun&Guðrun have received a lot of abroad for their creative, sustainable designs made with Faroese wool.

Today, sheep serve a new purpose – tourism – as one of the most unique and distinct reasons to visit the Faroe Islands. In the world of European travel – where cookie-cutter Old Towns with escape rooms and hipster bars all start to make every place feel the same – this is a unique asset.

Sheep have been at the heart of a lot of the Faroes’ most viral marketing campaigns, like Sheep View – which eventually finally got these islands on Google Street View. (They are currently trying to get Faroese added to Google Translate with the hilariously awesome Faroe Islands Translate project)

But more than just being a cute quirk of Faroese life, the country’s ovine residents are a window into understanding the Faroe Islands and Faroese people, their past and how these islands and the people who call them home came to be who be who they are today. They’re also clinically proven to leave a smile on your face. 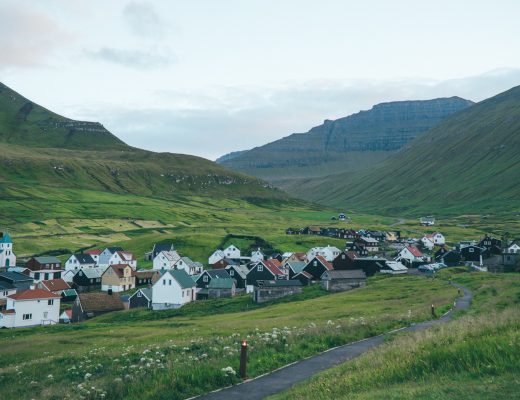 Where to Stay in the Faroe Islands: Torshavn and Beyond 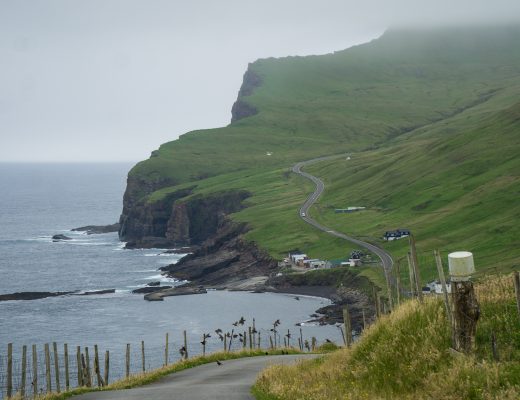 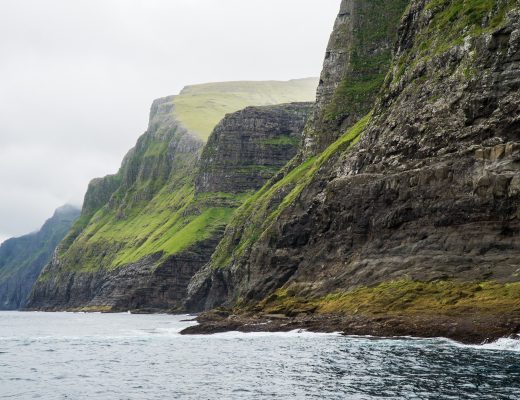 A Spectacular Boat Tour Through the Vestmanna Bird Cliffs

September 1, 2018
Previous Post 17 Magical Things to Do in Budapest in Winter
Next Post The Essential Azores Itinerary: 3 Days in Sao Miguel