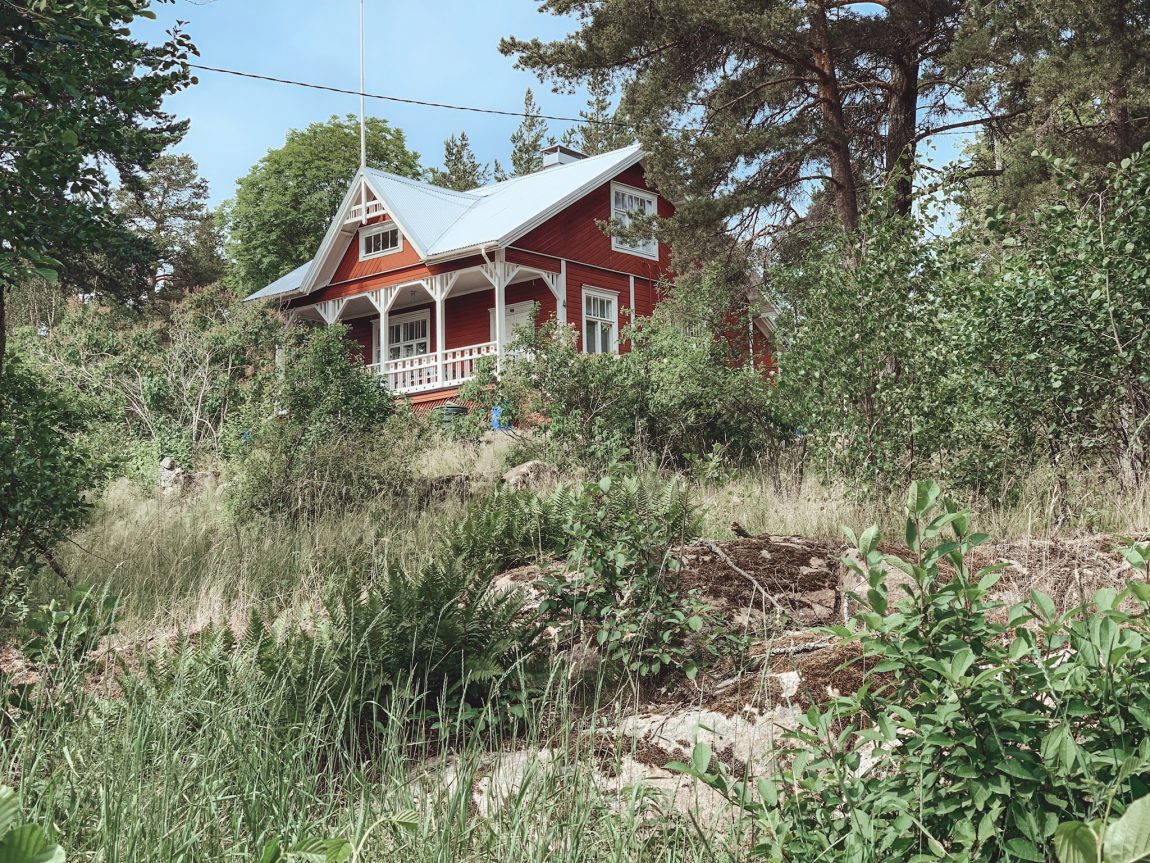 Why You Should Visit Seili: A Historic Island in the Turku Archipelago

With thousands of islands in the Turku archipelago alone, picking just one to visit is an overwhelming prospect. Luckily, on my visit to Turku in partnership with Visit Turku, they were able to point me in the right direction: I found myself on the island of Seili, a beautiful island with an intriguing and complex past.

About two hours away from Turku via the M/S Norrskär, you’ll find Seili island. This island is also called Själo in Swedish, as many people in this part of Finland have Swedish as a mother tongue. Many people originally thought the name came from Swedish, “the island of souls” – in actuality, its name is more close to “the island of seals,” as it probably was an important place for seal hunting many centuries ago.

Seili is located in Nagu, part of the southern Airisto Sea, a quiet part of the Turku Archipelago. With a population of only 50 summer residents and less than a dozen in the winter, visiting Seili is enchantingly peaceful. There’s one main road, a handful of historic houses and buildings (many of which have been turned into accommodations), a few dozen cows, and some sheep.

Despite how small it is, Seili welcomes a fair number of tourists each summer. It’s part of the Short Archipelago Trail which connects a number of islands via trail, bridge, and ferry throughout a hundred kilometers of the Turku Archipelago. As a result, many cyclists pass through Seili for a half day or so on their way to complete the loop, though there are several places to stay on the island in case you get enchanted into a longer stay.

Yet while a visit to Seili is a beautiful way to while away a few hours on a midsummer day, many decades ago, being sent here was effectively a death sentence.

The History of Seili Island

The island of Seili is actually rather new, geologically speaking: emerging from the Ice Age a mere 5,000 years ago. It was used as an anchor spot by the Vikings, and archaeological evidence suggests that the island was first settled during the Iron age.

The island makes its first appearance in historical texts in 1540, as a small island with one village numbering five houses. But by the 1600s, the island would become inhabited by quite a few unfortunate souls: lepers who were sent to Seili to finish out their lives outside of the public eye.

Seili became a convenient place to ship people with leprosy, who were shunned not only because of the contagiousness of their diseases but also the perceived sinfulness of those afflicted with it. Leprosy was often viewed as a punishment from God for having committed some offense or the other: as a result, those who had it were often shipped away from the cities, so as not to corrupt the rest.

A small farm and several buildings cropped up during the 17th century to feed and home the patients and staff. Many of those buildings no longer remain, and the oldest is the so-called “White House” which now hosts students and tourist guides in the summer and dates back to the 1800s.

Actually, the island of Seili used to be two distinct islands: “the island of the sick” being where they sent the lepers, basically left to their own devices without much in the way of medical care. Occasionally, unlucky elderly people, poor people, and the mentally ill would be sent to this island as well.

Interestingly, the primary treatment for ill people back in the days of Seili’s leprosy colony days was alcohol. Patients were treated with booze until 1730, when it started to cause a lot of problems and it was forbidden. Funny enough, there’s a Finnish expression that refers to this bit of sordid history: “to be in full Seili” in Finnish means to get blackout drunk.

But the reality is that life expectancy was incredibly poor for people who got sent to Seili: typically, only 1-3 years. The situation was so dire that people who were sent to Seili were asked to bring their own coffins – not a great prognosis. All in all, some 663 lepers died here; the burial site still remains unknown on the island.

The last leper died on the island in 1785, but the island had already transitioned to a new kind of outcast: the mentally ill. The island became the first mental hospital in all of Finland. The mental hospital here was for women – men were sent to Karelia. It was meant to be a one-way ticket here: once you arrived on Seili, you’d likely die there.

Treatment of the mentally ill was pretty harsh, as was common for this time period. Electroconvulsive therapy, medically-induced comas, and “hot/cold” therapy were used, where they’d fill a helmet with alternatingly hot and cold water, to supposedly “cool down” the temperament. While lobotomy was never performed in the mental hospitals of Seili, they often received lobotomy patients from other parts of Finland who were no longer able to care for themselves.

In the 1960s, the mental hospital closed abruptly, and the 41 patients remaining on Seili were sent to various hospitals around Finland.

The Present of Seili Island

One of the most interesting parts was visiting a treatment room from when the main building used to be a mental hospital, left basically as-is so you could get a sense of what the people who used to live here experienced. The room is strangely decorated with earthy tones and geometric squares on the walls, as both were thought to bring peace to troubled minds. A straightjacket laying on the bed reminds you of the ugly reality of this place’s history.

The island of Seili is now one main “village” area, which used to house the mental hospital and the caretakers for the mentally ill. There’s also a restaurant which serves a delicious lunch buffet and an a-la-carte dinner menu. There’s an inside part of the restaurant and also tables in the courtyard where you can enjoy your lunch in the sun.

Some of the buildings today were designed by the famous Finnish architect C.L. Engel, including this beautiful red building which was used as a residence for maids and nurses.

The 18th-century wooden church on the former “island of the sick” is one of the most interesting places to visit on the island, and I recommend visiting the sparse but beautiful wooden interior (this’ll be included if you do a guided tour, otherwise there is a small admission fee).

Seili is now primarily inhabited by a few local residents and a rotating student population, mostly students of geology and biology who spend a few weeks at a time living on Seili and studying its unique flora and fauna. Many of the old buildings have also been converted into accommodations and guesthouses where tourists can stay when they are doing the Short Archipelago Trail or just want an escape from the bustle of city life.

Admittedly, Seili is quiet. There’s not a lot going on in terms of activities, besides learning the dark history of this beautiful place, going for a walk amidst the beautiful nature, admiring the church and buildings, and saying hello to the friendly resident cows if you can spot them while they’re out to pasture.

For a short day trip from Turku, it’s a perfect way to spend a few hours. The boat leaves at 10 AM, drops you off right before noon, and picks you up again around 4:30 PM, returning by 6:15 PM.

That’s just about the right amount of time to explore Seili on foot with a guided tour, see the church, have a long lunch and cup of coffee, and walk back to the port at a leisurely pace.

It’s also right along the Short Archipelago Trail, a 100-kilometer loop connected by bridge and ferry throughout the Turku archipelago. If you’re doing that trail, visiting Seili is a perfect way to break up the journey and get a good night’s rest before continuing onwards on your trip.

If you’re a fan of peace, beauty, isolation, and a hint of dark tourism: Seili is the perfect island to visit in the Turku Archipelago for you. 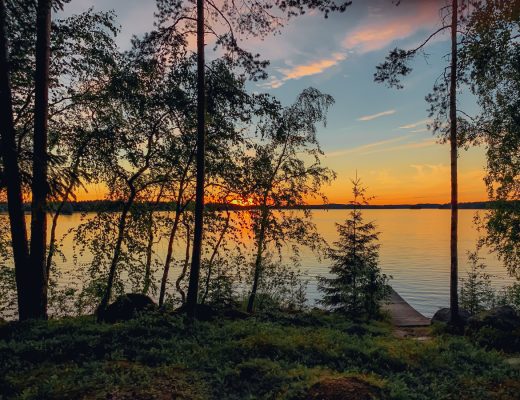 13 Things to Do When You Visit Lahti, Finland 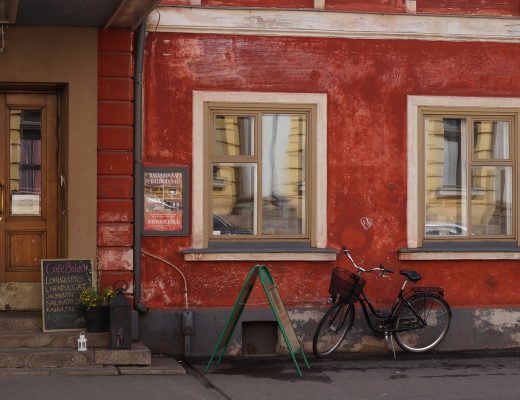 11 Ways to Survive (And Enjoy) Helsinki in Winter

October 31, 2018
Previous Post 15 Things to Know Before Caving in Budapest
Next Post Taoyuan Airport to Taipei: How to Get from Taipei Airport to City Center