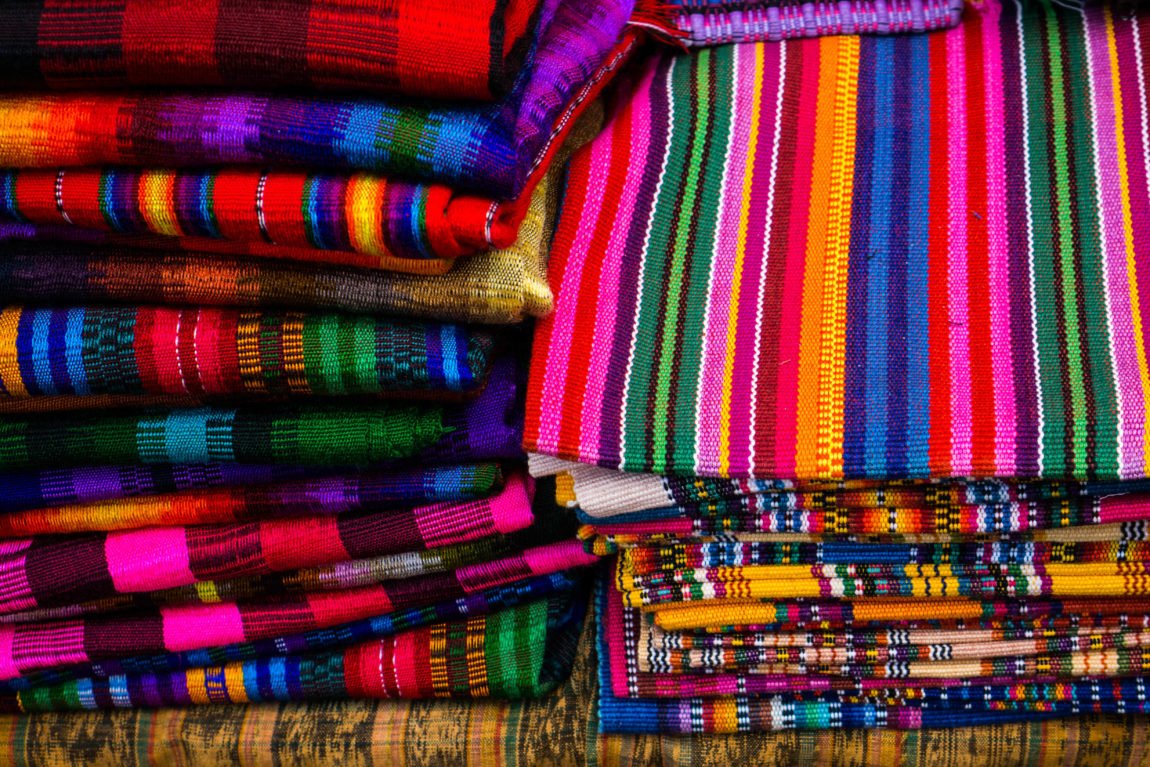 I left early from Antigua and arrived to the small market town of Chichicastenango about two hours later. Early though I thought I was, the market was already going at full steam, a flurry of activity.

Weaving through tuk tuks, I passed through the main arch under the vigilant eye of the traffic director to enter the market. Colorful rainbow umbrellas everywhere shaded the vendors from the hot midday sun, with some haphazard tarps thrown up for good measure. The shopfronts were almost completely obscured by street vendors everywhere you looked. 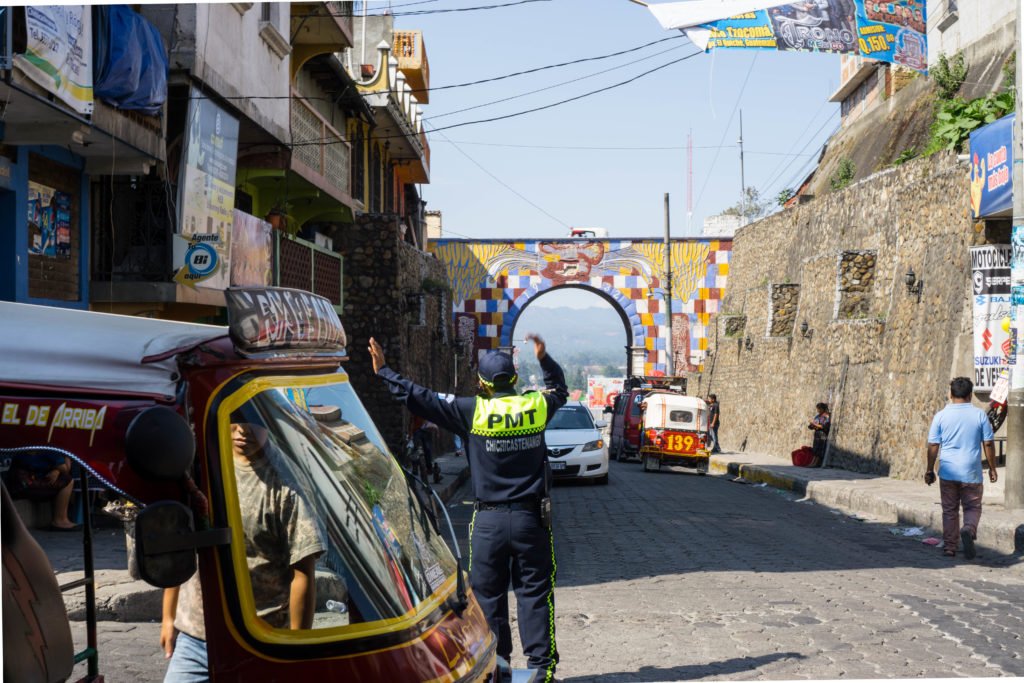 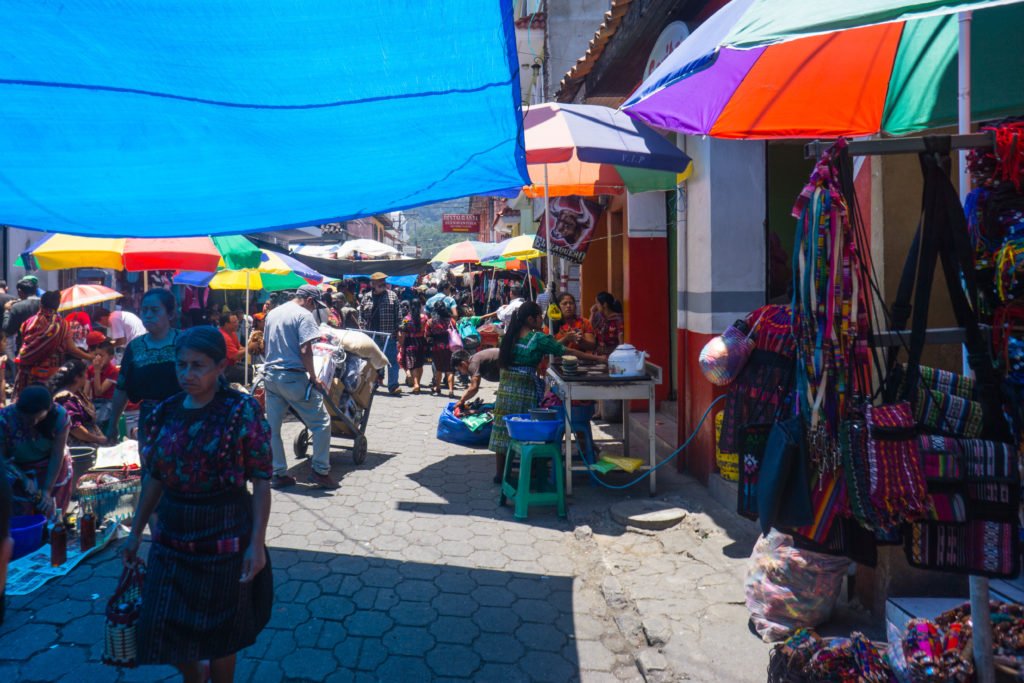 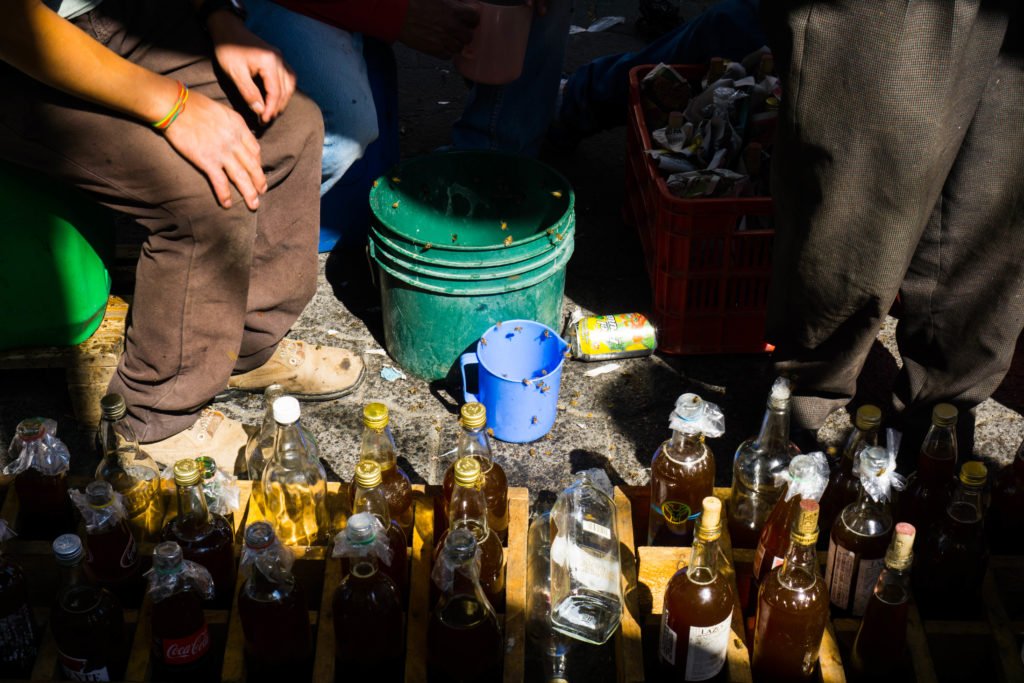 On the first street we crossed, men decanted local honey into empty Corona and Coca-Cola bottles, much to the delight of the bees buzzing around them.

On other streets, textiles of every color lined the walls. Textiles are extremely important in Mayan culture.; more than just patterns, the clothes signify the wearer’s ethnic identity and community.

Some were clearly mass-produced, designed for the tourists who pour into this market twice a week. Others had the telltale knots on the back, marking hours of anonymous labor. 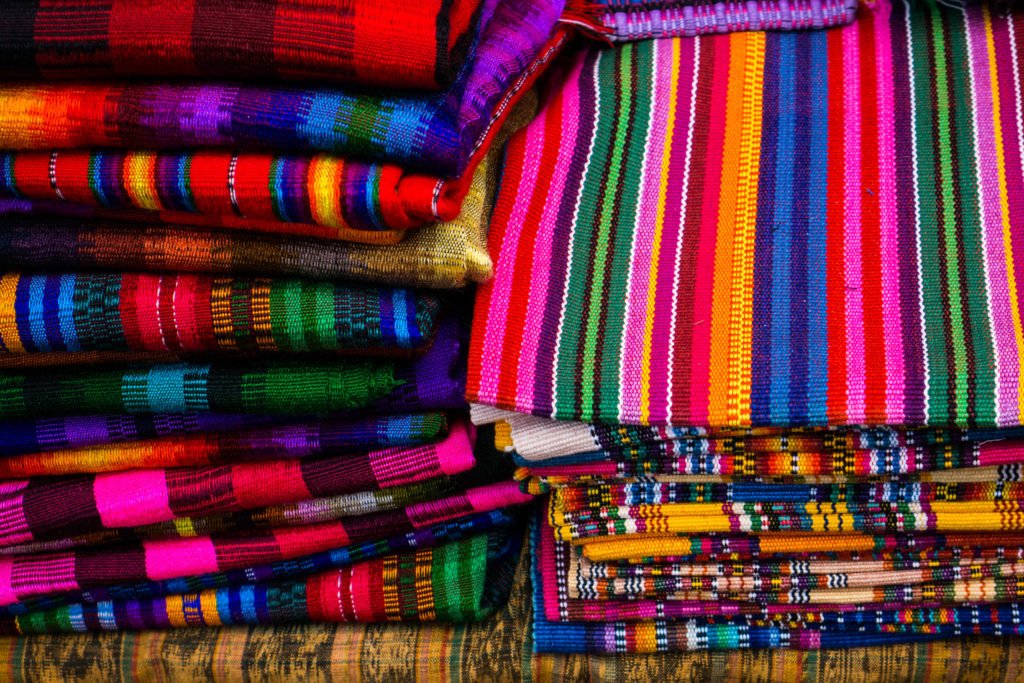 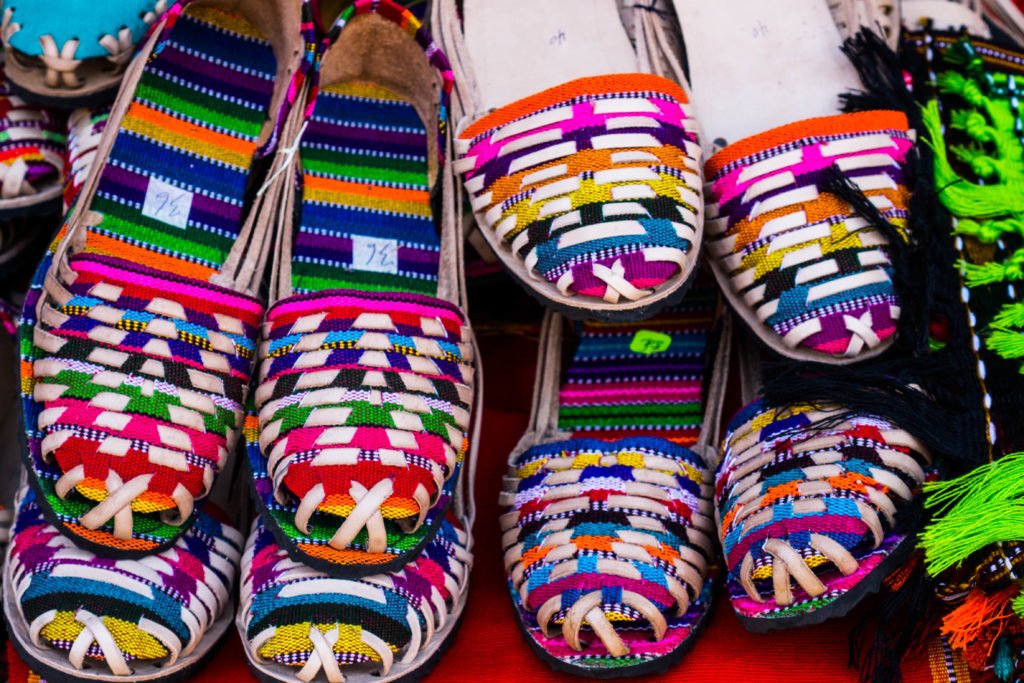 Women and girls alike wore the traditional garb of the Maya people. Men and boys seemed to have a little more modern leeway.

Some women walked with babies tied to their backs, held in with bolts of colorful cloth. Others used the same makeshift slings, but carrying produce or the day’s purchases on their back. 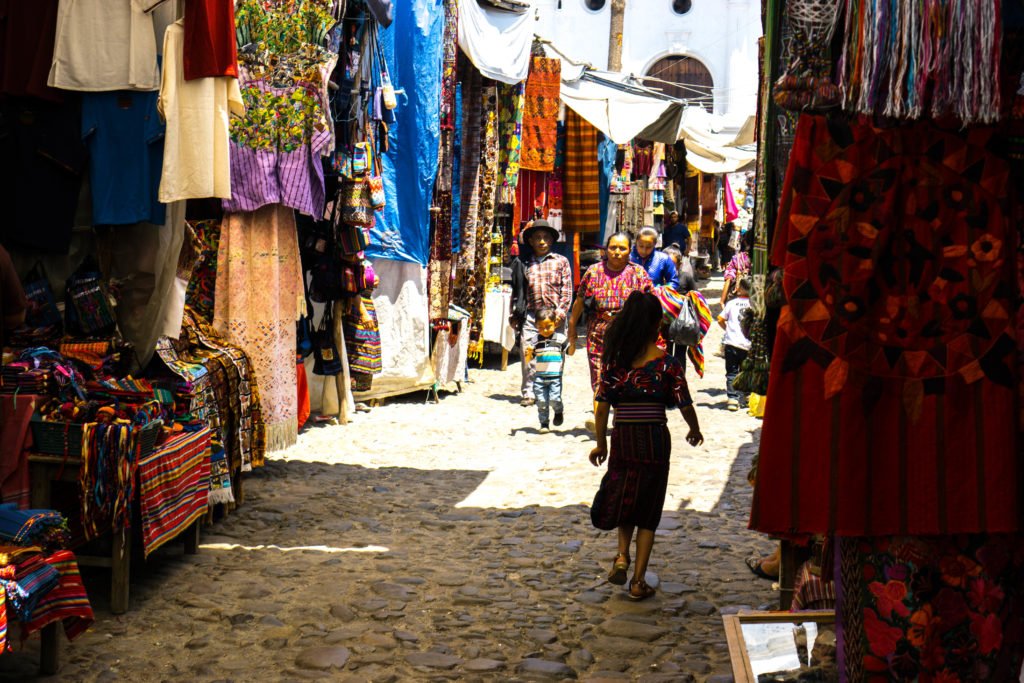 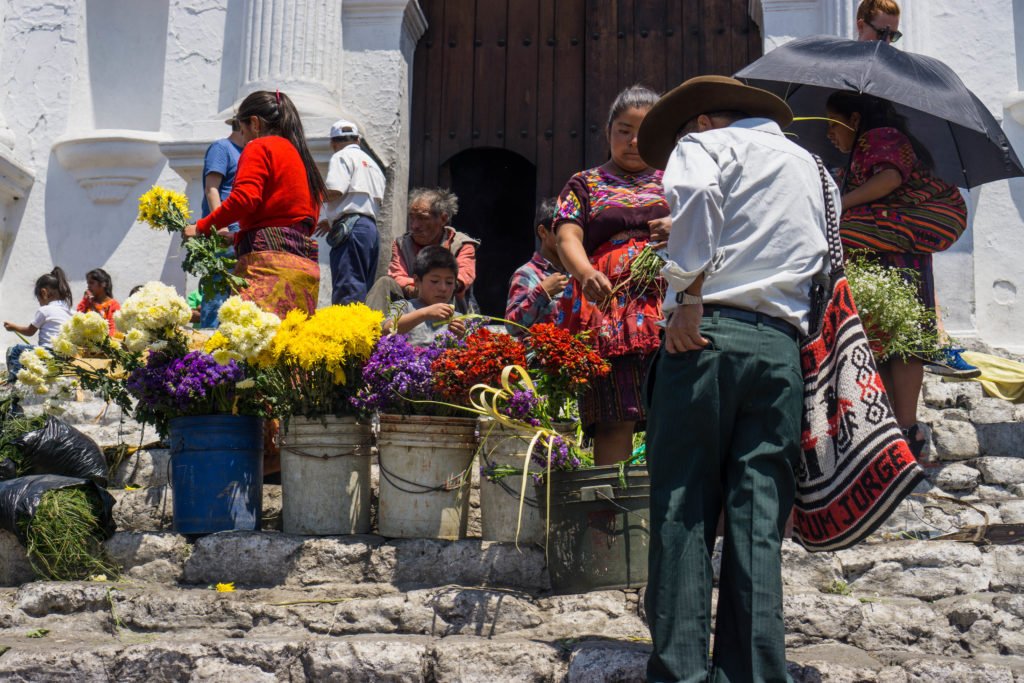 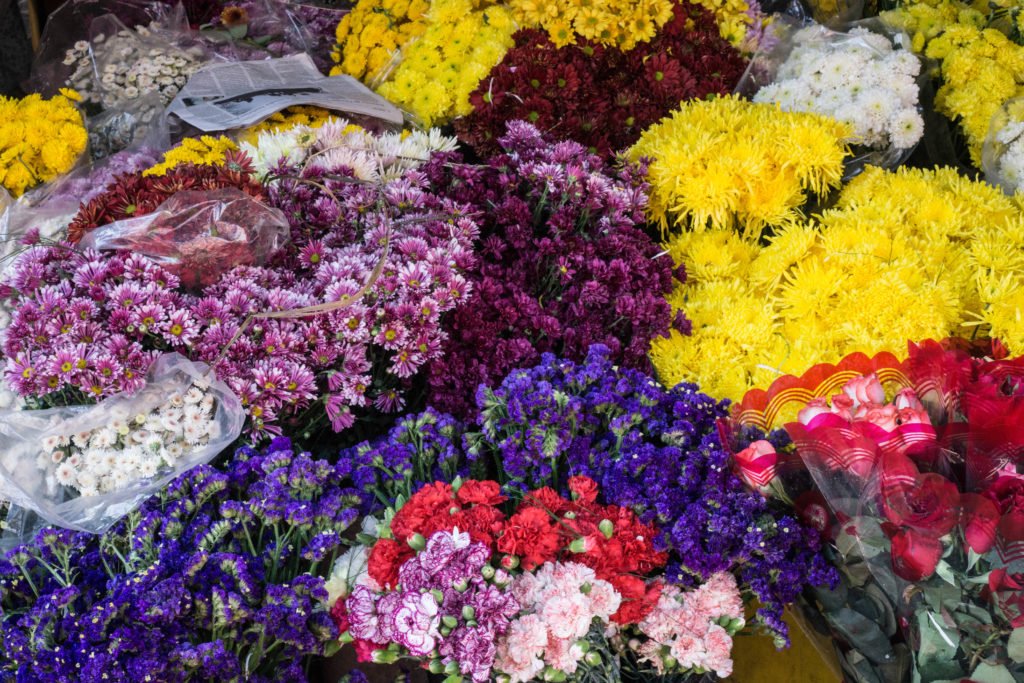 It happened to be Palm Sunday when I visited the market, and women were making traditional wreaths and flower adornments to celebrate the Holy Week. Colorful flowers were on sale everywhere, marking the occasion.

A few bemused tourists got lost in the fray of locals, stopping to take photos of the wares or haggle over souvenirs. Unfazed, locals elbowed their way past, carrying everything from fruit to live turkeys on their backs. 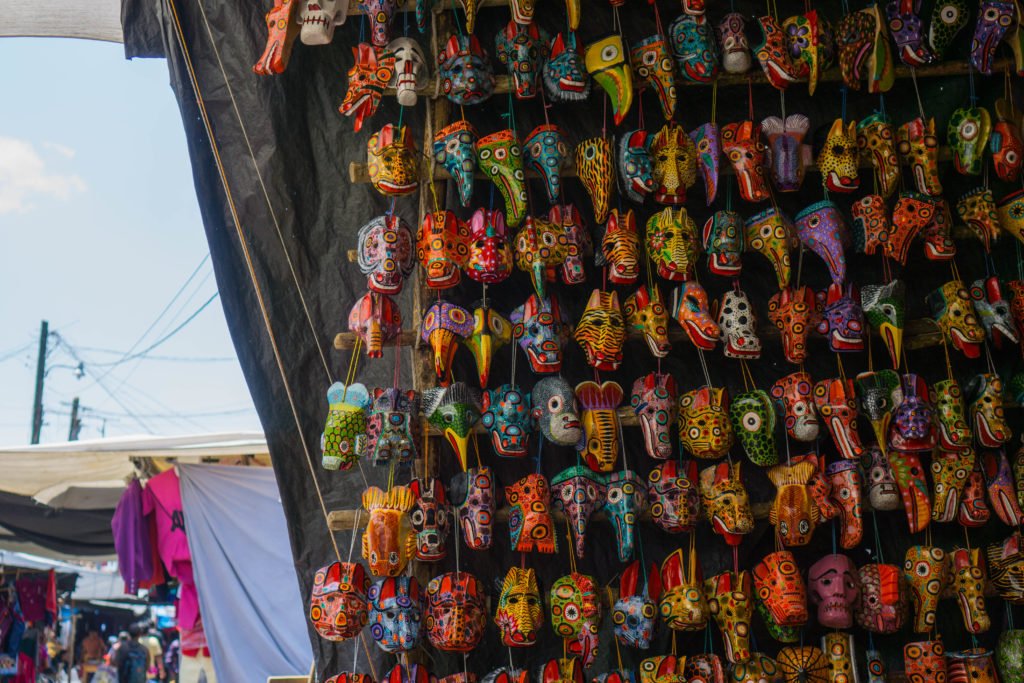 Leaving the market, I wandered off the side streets for a bit, until I saw a hill with what looked like row after row of colorful dollhouses.

Upon further inspection, I discovered these colorful structures were actually tombstones making up one of the world’s most colorful graveyards. 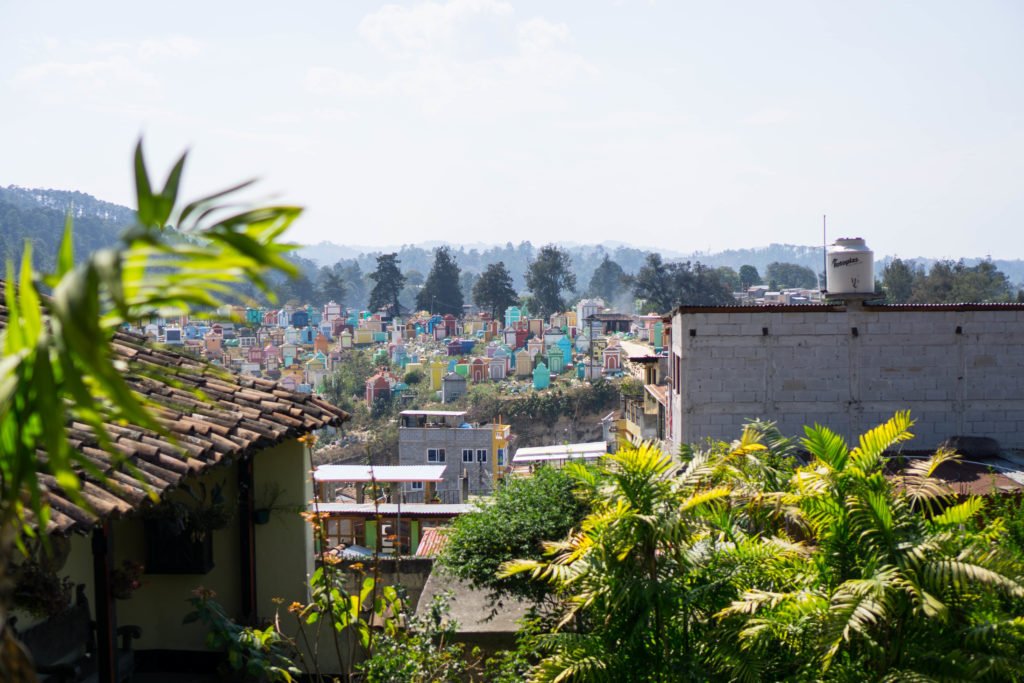 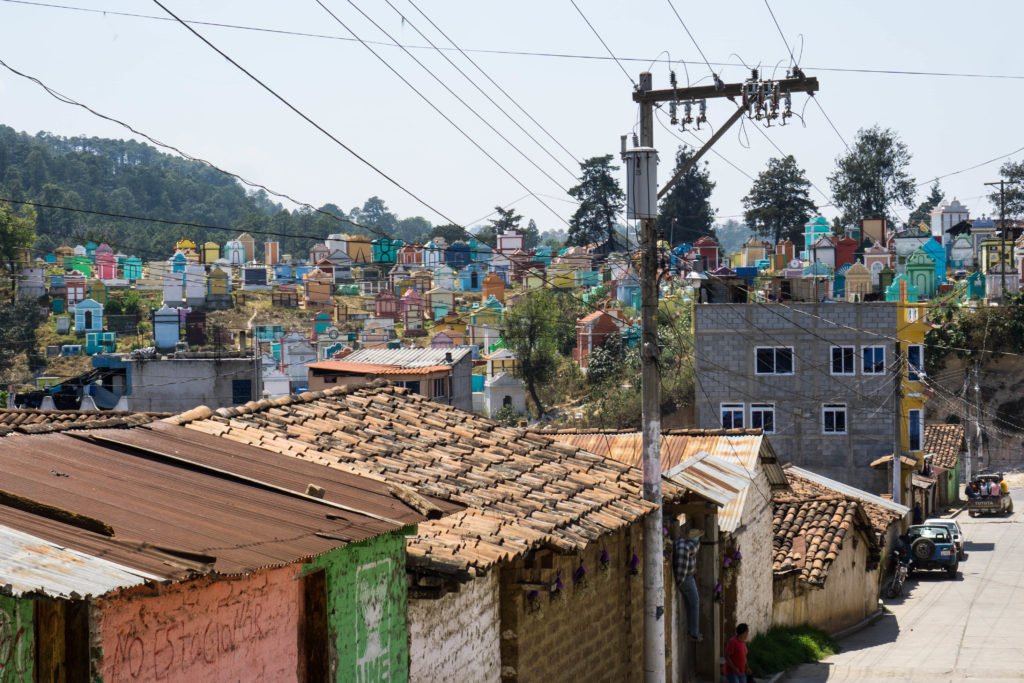 I later learned that some of the tombstones are painted in colors symbolic of their roles on earth, whereas others represent a favorite color of the person buried.

It was a bit odd to see what we normally think of as a somber place filled with such color and vibrancy. 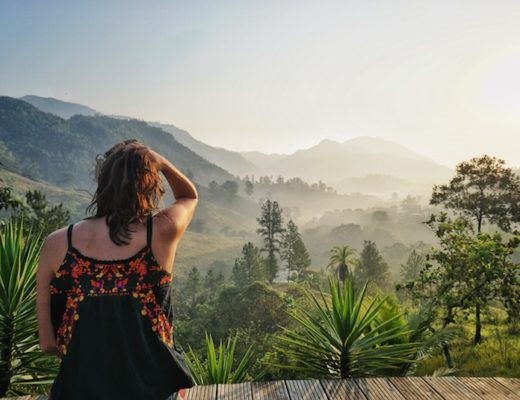 21 Unforgettable & Fun Things to Do In Guatemala