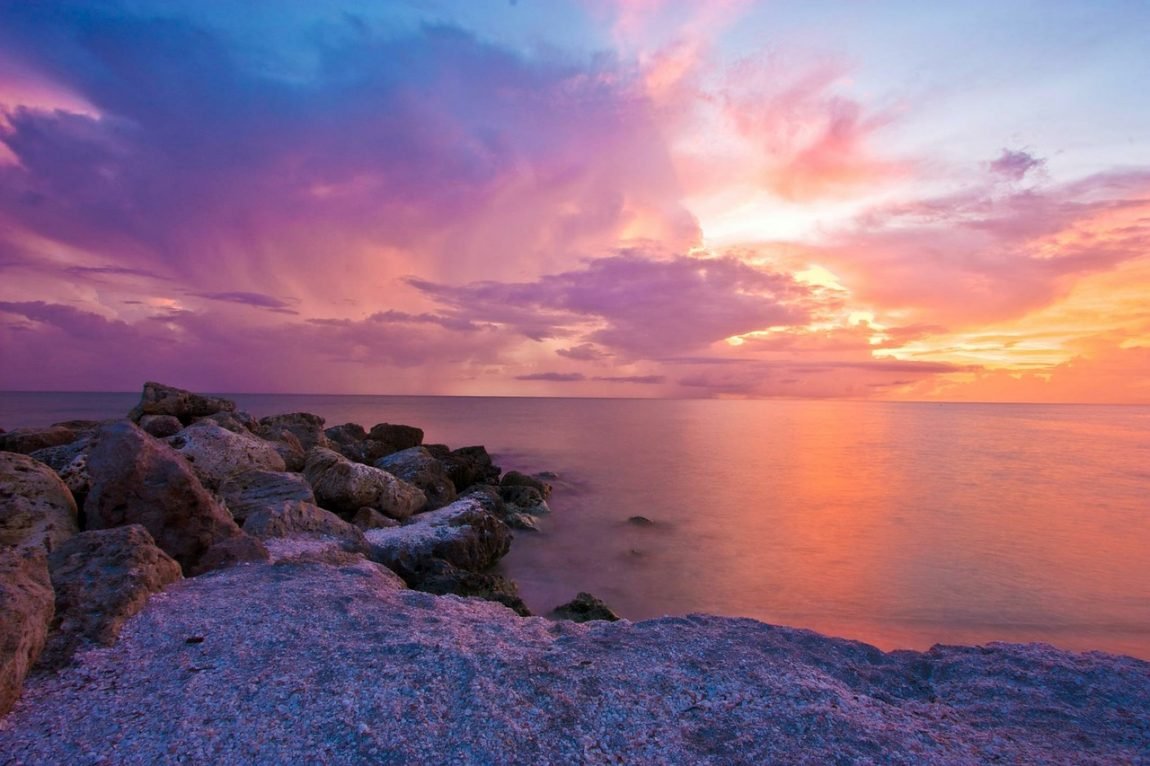 5 Stunning Places to Visit in Florida – That Aren’t Disneyworld

Florida is so much more than just Disneyworld. Look around, and you’ll find that there are countless places to visit in Florida that are endlessly fascinating and beautiful.

This state is full of gorgeous white sand beaches with turquoise waters, vibrant art and shopping scenes, thriving cosmopolitan food scenes, historic cities, and untouched biodiversity. Here are five awesome spots around Florida that you won’t be able to help adding to your bucket list. 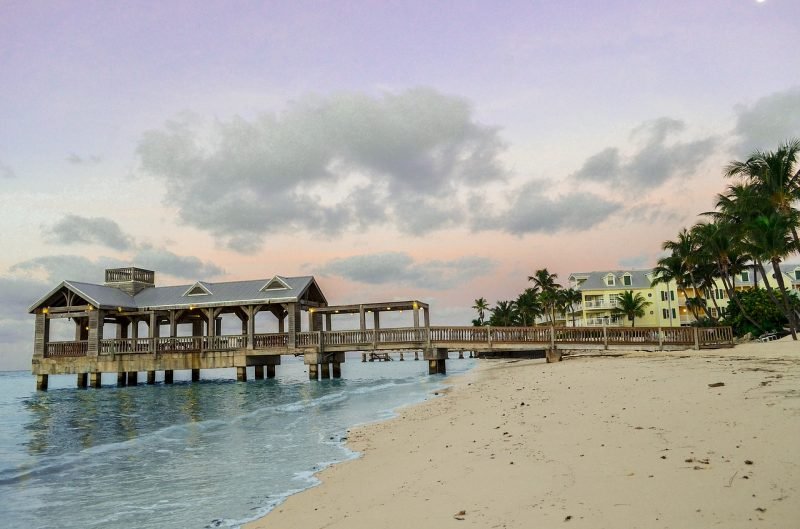 Driving through the Florida Keys is one of the most picturesque and relaxing road trips you can take anywhere in the country. US-1, the two lane highway that winds through the Keys, takes you right past each of these islands, with miles of beautiful water views.

Before you reach Key West, you’ll drive over Seven Mile Bridge, which provides amazing views of the water as it connects the Middle Keys to Little Duck Island. The drive ends in Key West, the southernmost point of Florida and a well-known place to party and relax in the Florida Sun. The brightly colored homes and proximity to the beach are one of the best tropical paradises you can find in the U.S.

Side note for fellow nerds: fans of Ernest Hemingway can visit the home where he lived while writing some of his most famous works! 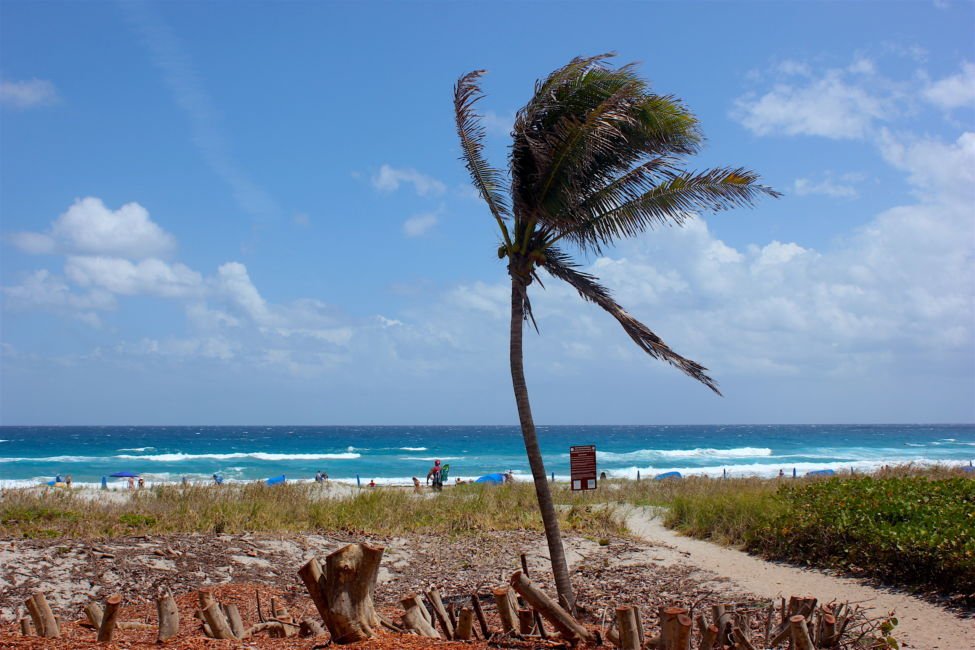 Photo credit Janet of Journalist on the Run

Delray Beach is one of the many communities that dot Florida’s southern coast, with beautiful coastline and perfect beaches only a few minutes from the city.

The beach here has been named among the top beaches in the country, with soft sand, brilliant blue water, and near-perfect weather all year long. But there’s much more to do here than lay along the sand all day.

Delray Beach also has a lively cultural scene, with a thriving arts community and lots of galleries, theaters and museums to visit. As one of the more popular tourist destinations along Florida’s south coast, there’s plenty to do after dark any time of year. Because it’s relatively unknown, it’s a great offbeat winter Florida getaway! 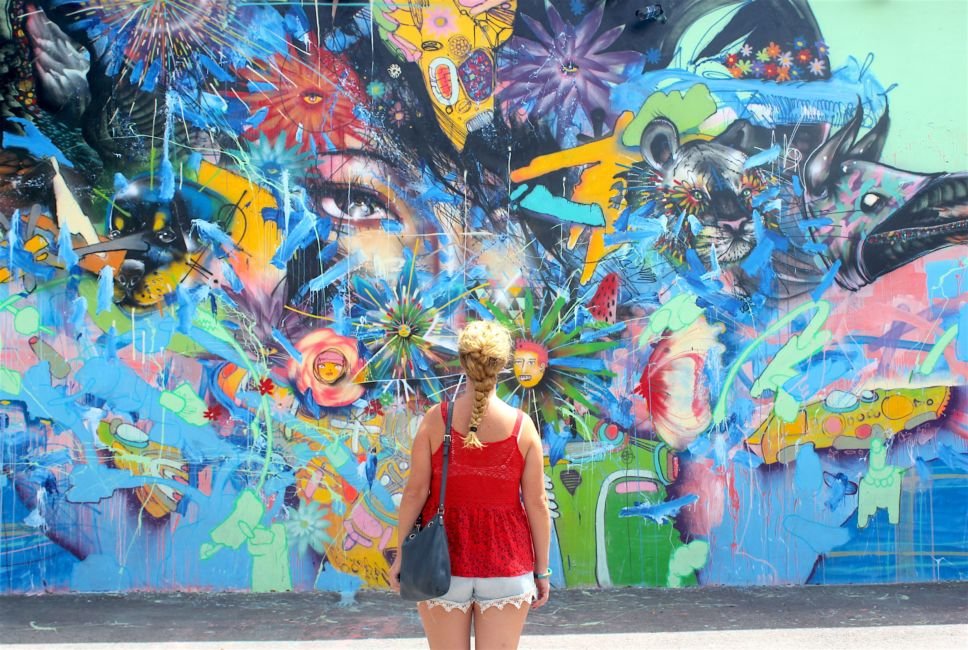 Photo credit Janet of Journalist on the Run

The cosmopolitan feel and tropical climate make Miami unlike any other city in the United States. South Beach in particular is one of the most beautiful beaches you’ll find in Miami… and with people to match. But Miami is more than just high-spending glitz and glamor.

South Beach also has amazing style and architecture, with remarkable examples of Art Deco architecture on almost every corner. Plus, the high local population of immigrants from Latin and South America means you can get authentic cuisine from many different cultures without having to travel far. Little Havana has especially delicious food from immigrants from nearby Cuba.

The neighborhood of Wynwood is also being revitalized at a rapid rate, with a focus on street food and street art. The Insta-famous Wynwood Walls are one of the best places in Miami to grab some photos, so be sure not to miss it if you’re in Miami. 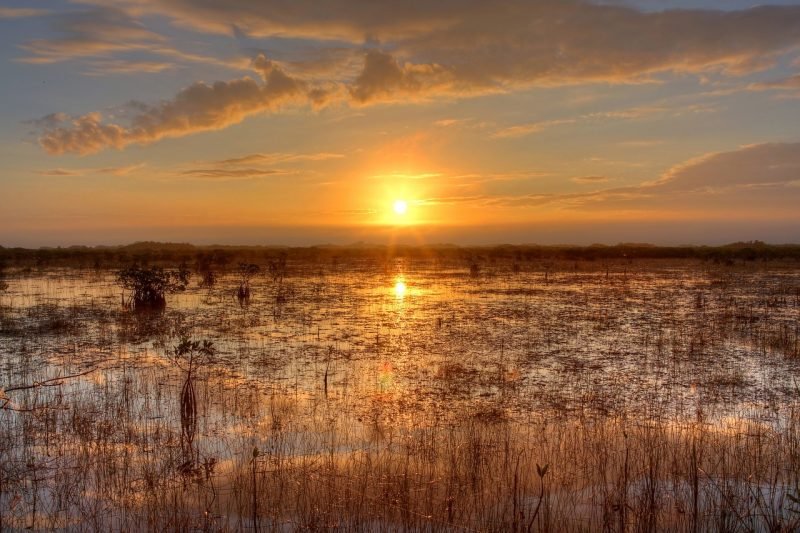 Tucked right next to the hustle and bustle of Miami is one of Florida’s most diverse and natural areas. The Everglades National Park is 1.5 million acres of nature at it’s swampy wildest, with much of it only navigable by boat. A UNESCO World Heritage Site, the area is unlike any other in Florida, thanks to the measures taken to preserve the natural landscape. The swampland is home to a diverse range of animals, including alligators (obviously), snakes, turtles, manatees, and even panthers.

Visitors can hop on a fan boat, which runs on the power of a large fan or airplane-style propeller, to get a unique view of the swamp and the wildlife within the preserve. A visit to the Everglades is a glimpse into Florida’s past before we came and changed the landscape forever, and can’t be missed while in Florida. 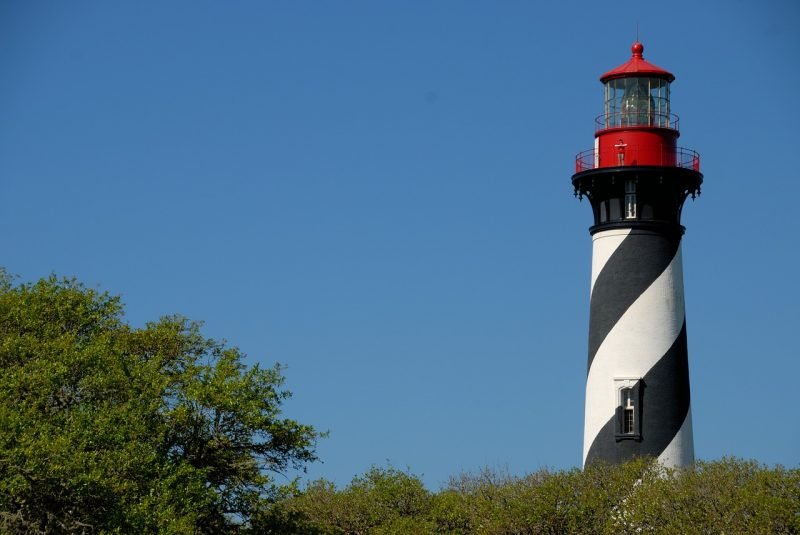 If you were to guess where the oldest city in the continental United States is, I’m sure you’d guess somewhere further up the East Coast, perhaps in Virginia or Massachusetts or the like. But you’d be wrong!

The oldest city in the continental United States is actually located in Florida: St. Augustine. This beautiful city in Northern Florida is known as the Ancient City thanks to its storied history and remnants of past days that still stand.

The Castillo De San Marcos Fort that sits just outside the old city walls has been in place since the 17th century. It’s the only of its kind still standing in the United States. Most of the old downtown area is easily walkable, and has stunning historic locations interspersed with small restaurants and shops. Visitors can hop on a sightseeing train to hit all of the important locations in town, or stroll along the narrow cobblestone streets at their own pace. Horse-drawn carriages offer an old-fashioned way to learn more about the city’s fascinating history, including the ghosts that are said to walk through the city streets — this is supposedly one of the most haunted cities in America! 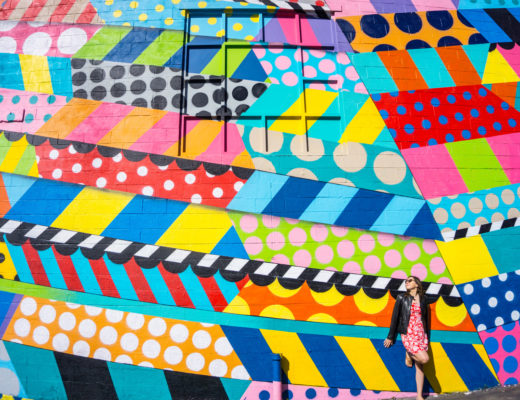 The Perfect Long Weekend in Nashville: 3 Days of Food & Fun 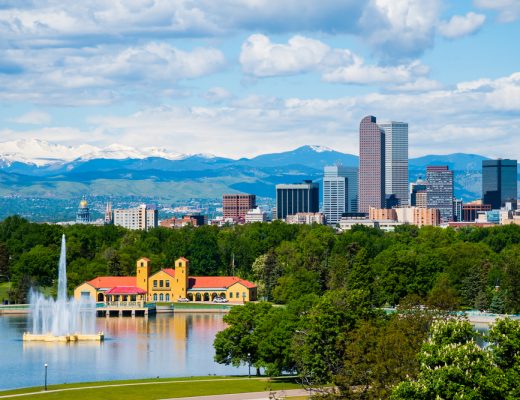 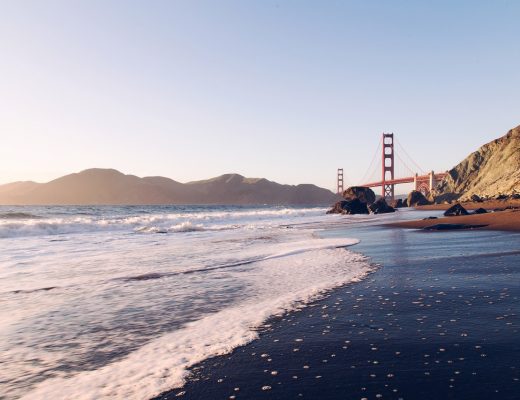 April 26, 2018
Previous Post 6 Stunning Places to Visit in Bali
Next Post My Best and Worst Travel Moments of 2017