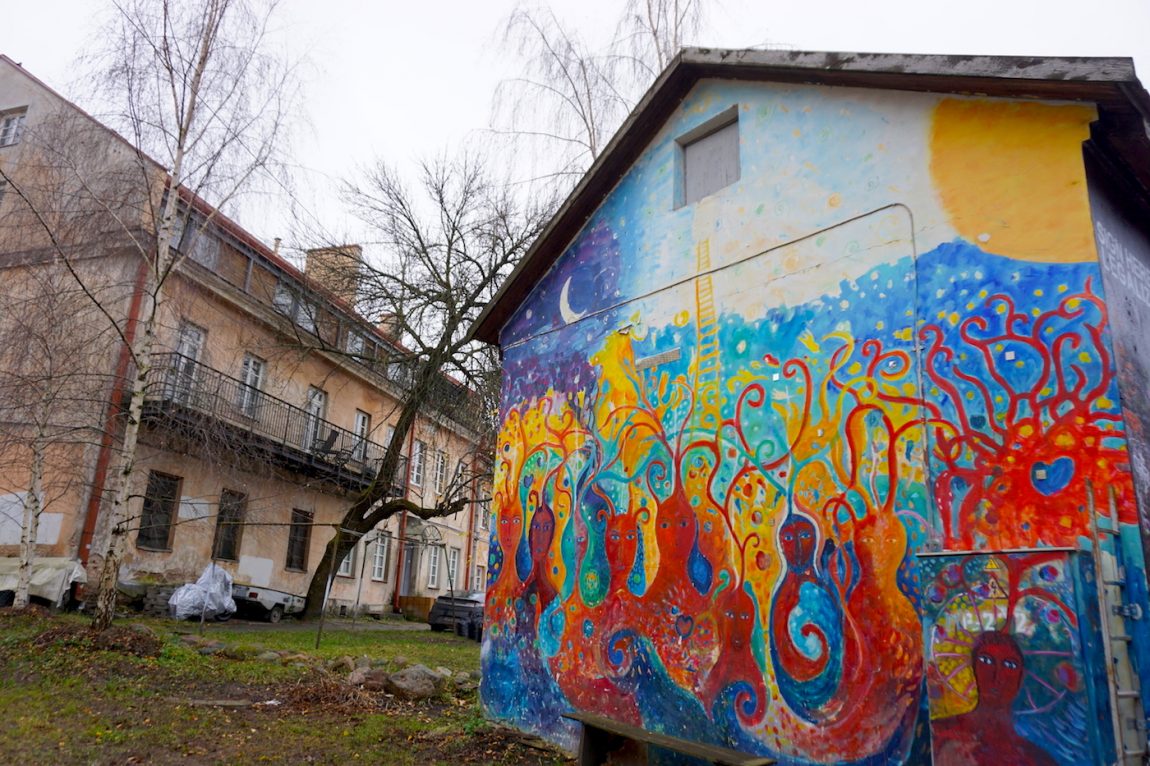 Inside Užupis, Vilnius’s Informal “Republic” with an Odd Constitution

Eastern Europe is no stranger to breakaway states, each more strangely spelled than the last: Kosovo, Srpska, Transdniester…. the list goes on.

(You can tell you’re a geography nerd when you just spell-checked yourself and didn’t miss a beat.)

But Užupis is a “republic” of a different sort: one part parody, one part quirky utopia, resting peacefully in the heart of central Vilnius, Lithuania’s capital city.

Užupis, for all intents and purposes, is not taking being a self-proclaimed republic too seriously. Sure, they have a currency, a passport stamp, a president, and an army (so they say). But there’s no border, save for a sign near a bridge stating that you’re now entering or leaving “Užupis res publika.” 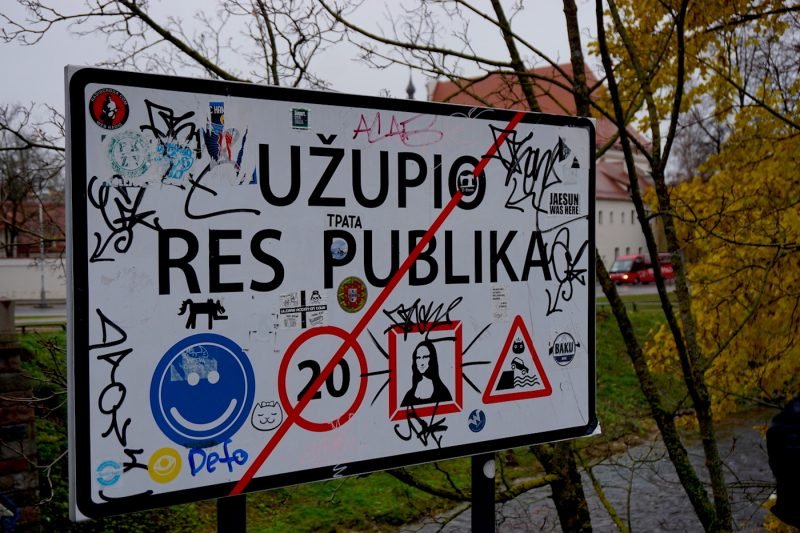 The “res publika” play on words is classic Užupis: using wordplay and humor to get around technical obstacles. The story goes that officially, they couldn’t use the Lithuanian word “respublika” on a sign: after all, they couldn’t really declare a proper republic without going through a whole lot of kerfuffle. So, instead, they added a space and called it “res publika,” imperfectly translated from Latin to mean a public thing or space, and no one complained. 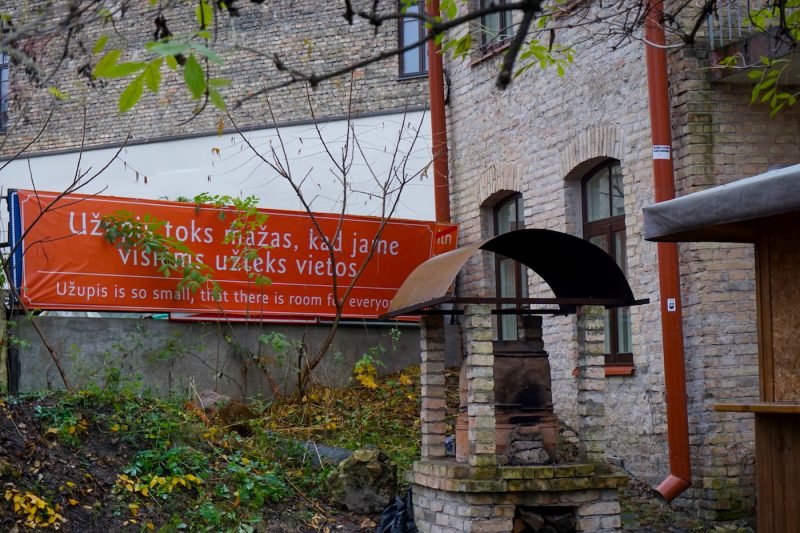 It’s a space of radical inclusion, which has some resonance for the history of Užupis, which once used to be the Jewish quarter. Of course, Lithuania’s Jewish population was decimated in the Holocaust. A staggering 94% of all Lithuanian Jews were murdered during the Holocaust, a higher percentage than any other country in Europe — even Poland.

After having its Jewish population all but entirely eliminated, Užupis became unoccupied and run down. As often happens, the abandoned buildings attracted society’s cast-offs: drug addicts, prostitutes, and of course, writers and artists. 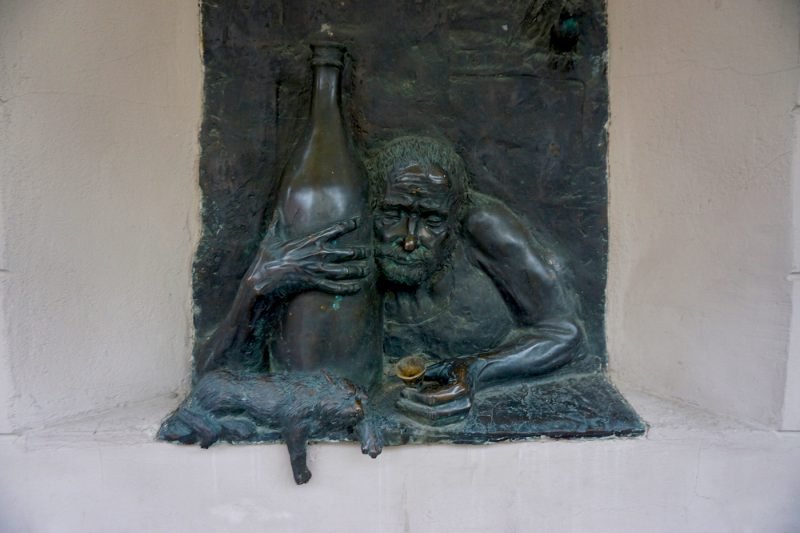 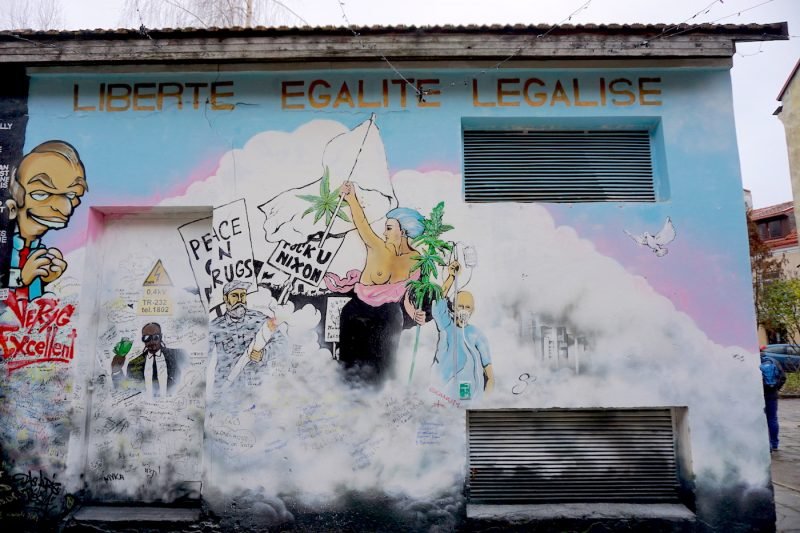 The artists and writers living in Užupis began livening up the once-abandoned buildings, adorning them with art and graffiti.

On April 1st of 1997, a group of bohemians and oddballs cobbed together a constitution, a flag, and an army. They then nominated a president (the former mayor of Vilnius) and declared themselves a republic. 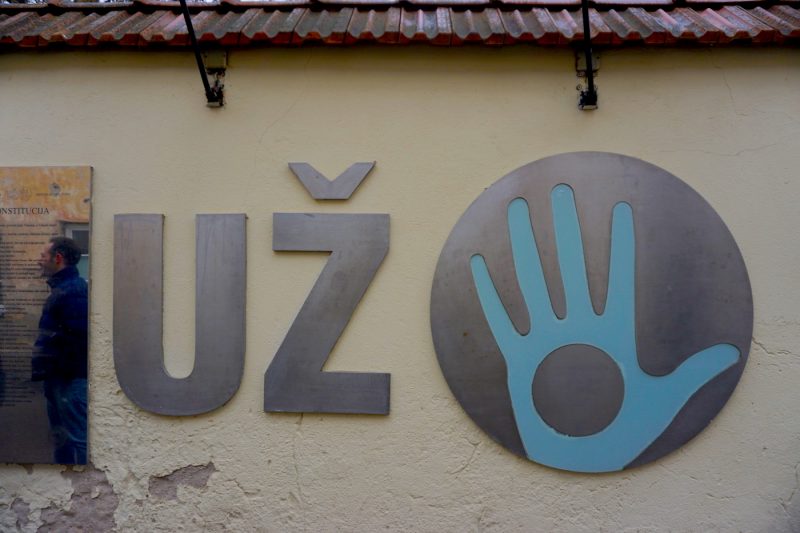 The date of the republic’s founding definitely seems intentional, as it falls on April Fool’s Day.

This is perfectly in line with how seriously Užupis takes itself. After all, its constitution does include such gems as “Everyone has the right to die, but this is not an obligation”, and a backpacker Jesus statue stands over the river with his back to a church. 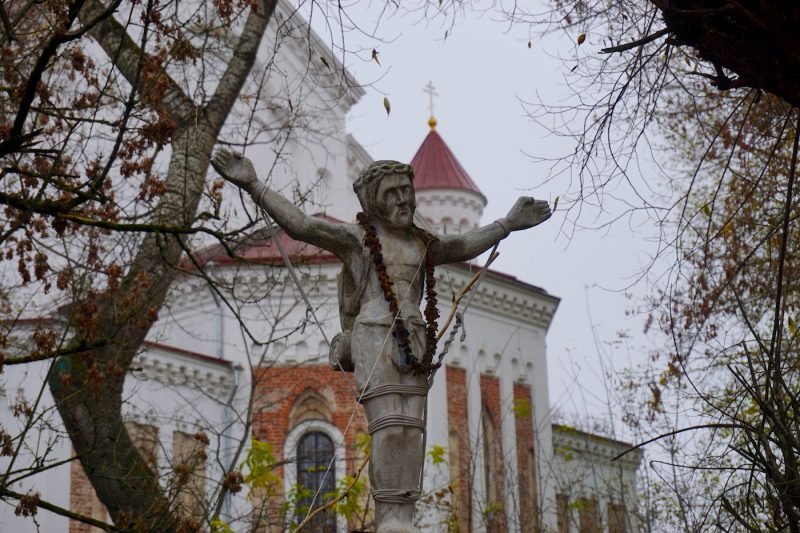 Another Užupian twist? A fat, proud, camera-shy ginger cat is its ambassador, as signed by the foreign minister.

Duties include “preparing the board of Constitution in Cats language” and “lectur[ing] in Uzupis University (Faculties of Wisdom and Ryzhics)” –whatever that is — and the most onerous of all, “enjoy[ing] life.” 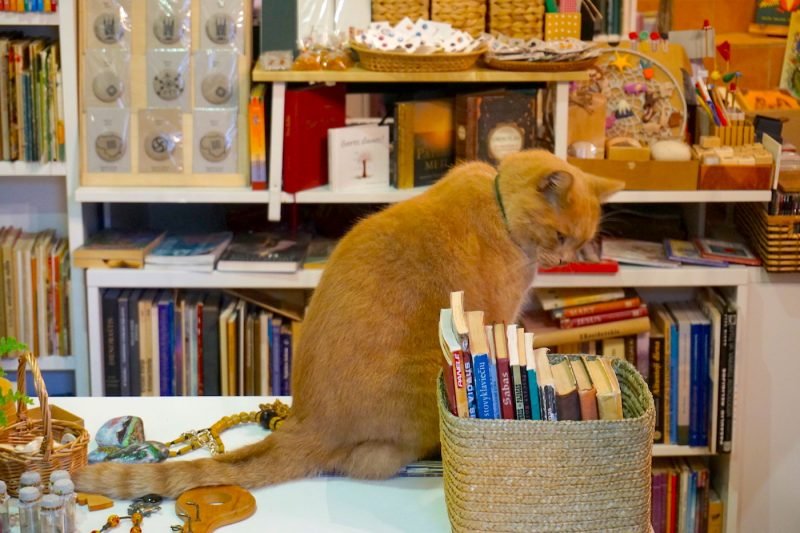 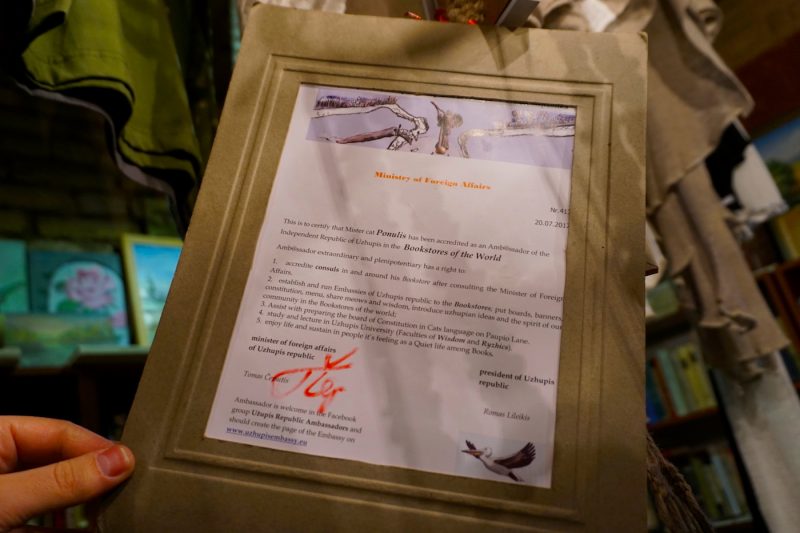 Street art, that hallmark of bohemia worldwide, adorns much of Užupis’s walls.

Predictably, one such wall includes a call for marijuana legalization. 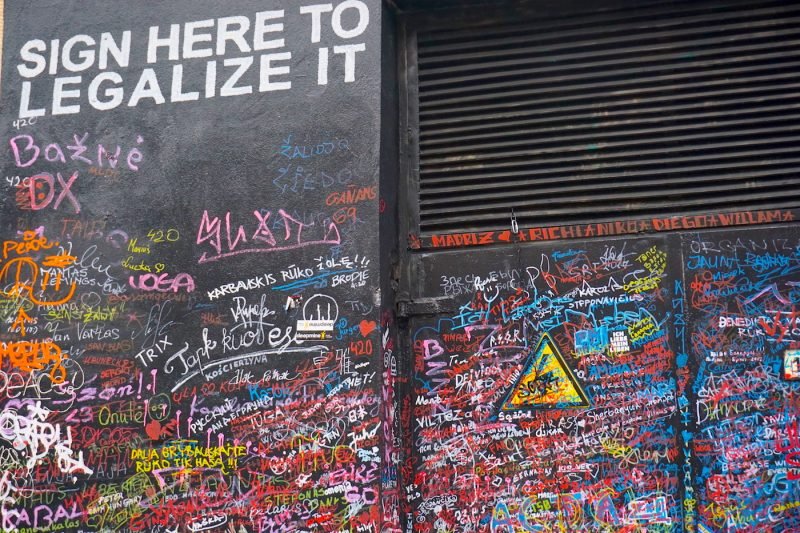 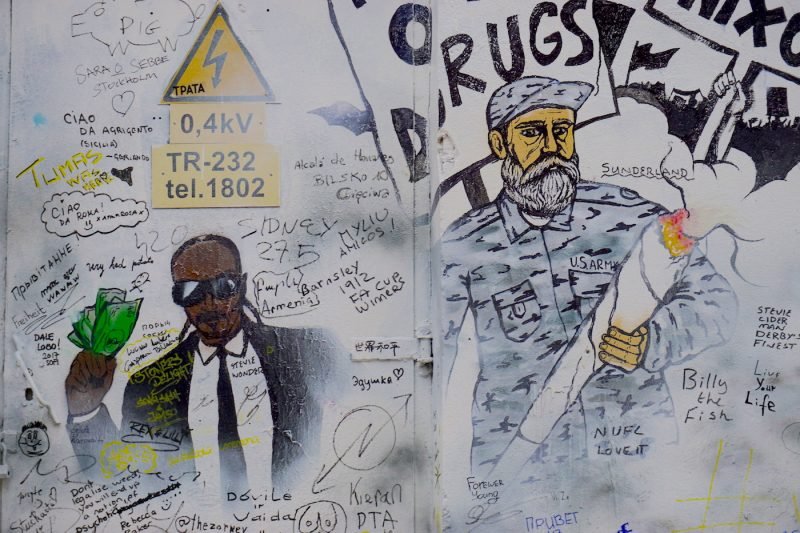 April 1st is officially Užupis Day, and the only day on that day, beer flows from the central fountain and their currency — useless on any other day — flows free.

On any other day, you’ll be stuck with boring old euros and water. 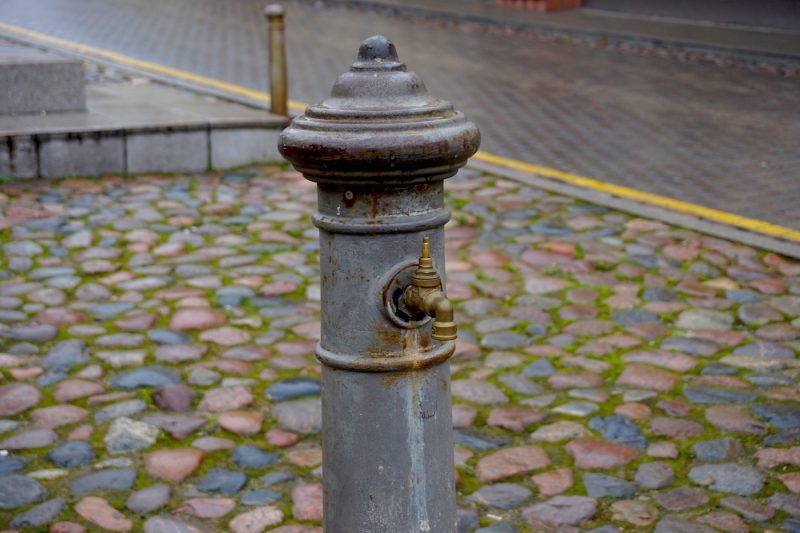 I’ll end with the entirety of the constitution of Užupis, which I suggest reading in full: it’s a genius piece of literature, grappling with the dualities of what mankind wants (and doesn’t want), the importance of free will and thought, and strong – though oblique – words about history and resistance.