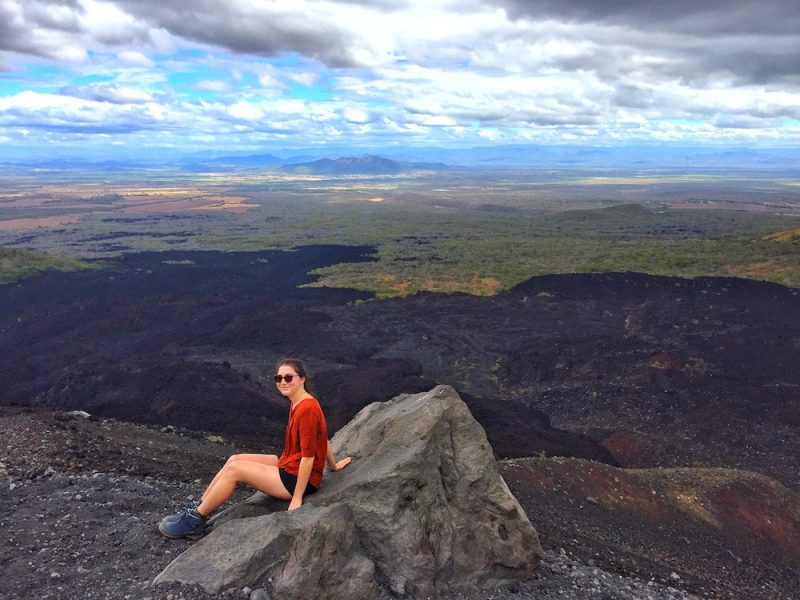 While Nicaragua is not a tourist hot spot quite yet, there is one thing it’s well-known for: volcano boarding down Cerro Negro, Central America’s youngest volcano located a short distance from León. 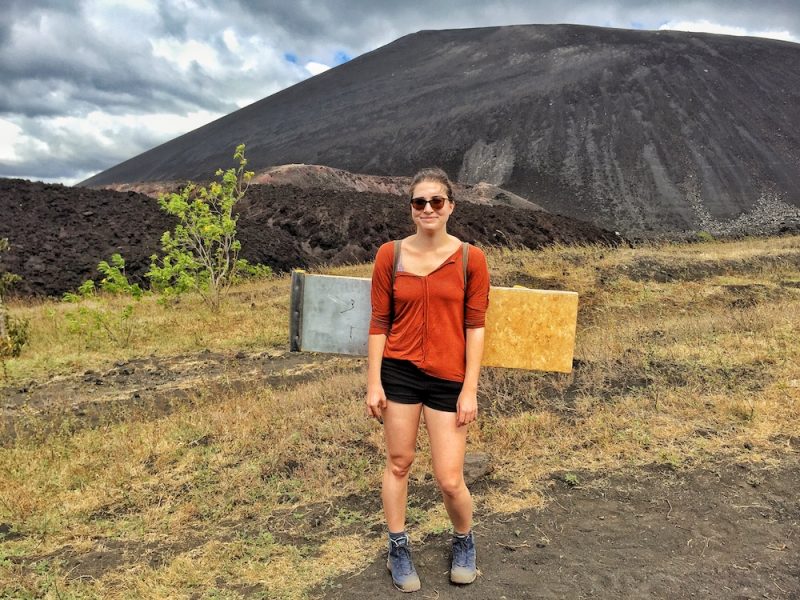 Got my hiking boots on, so I must mean business. Also, I promise I don’t have one small leg and one giant one, I’m just seemingly incapable of standing up properly… which doesn’t bode well for volcano boarding.

There are many companies that offer volcano boarding tours, typically for $25 to $30. Bigfoot Hostel is one of the better-known operators, thanks to their catchy, photogenic orange jumpsuits on offer. Many say the hostel’s former owner, Daryn Webb, invented the sport. Meanwhile, Mas Adventures‘s Anry claims to be the first to ever board down Cerro Negro. Who knows what is true! Meanwhile, I opted for Quetzaltrekkers, as they donate all profits to local nonprofits that work with at-risk youth. As a bonus, they’re the only company that allows you to board down twice.

All over Nicaragua, you’ll see backpackers in volcano boarding shirts, and it seemed like a foregone conclusion that I’d end up going down nature’s biggest slide. Yet as I watched the group go before me, I began to ask myself when the hell I became to susceptible to herd mentality. The hourlong hike up had been gorgeous, though a bit tough on the knees. Loose black brittle rock was everywhere, a reminder of Cerro Negro’s youth and temperamentality. Meanwhile, everywhere you looked that had been untouched by this volcano’s fury was lush and green. You could see the very edge where Cerro Negro’s lava stopped flowing, a black border drawn in the jungle. 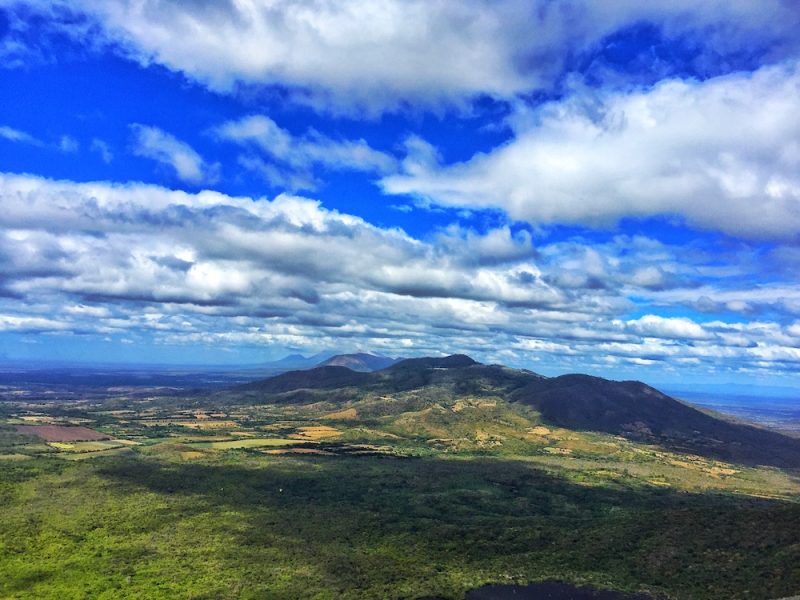 A much better attempt at posing.

At the top,  I became more aware of just how high I was…. 2,388 feet up, to be exact. Now, I’m not typically afraid of heights. I’m also not typically wrapped in a thick denim jumpsuit on a flimsy piece of plywood flinging myself down volcanoes for sport.

As we got ourselves into our jumpsuits and protected every square inch of skin, I began to realize just how stupid of an idea this was. I watched as person after person slid down the mountain without serious injury, and a pleasant sense of complacency washed over me. 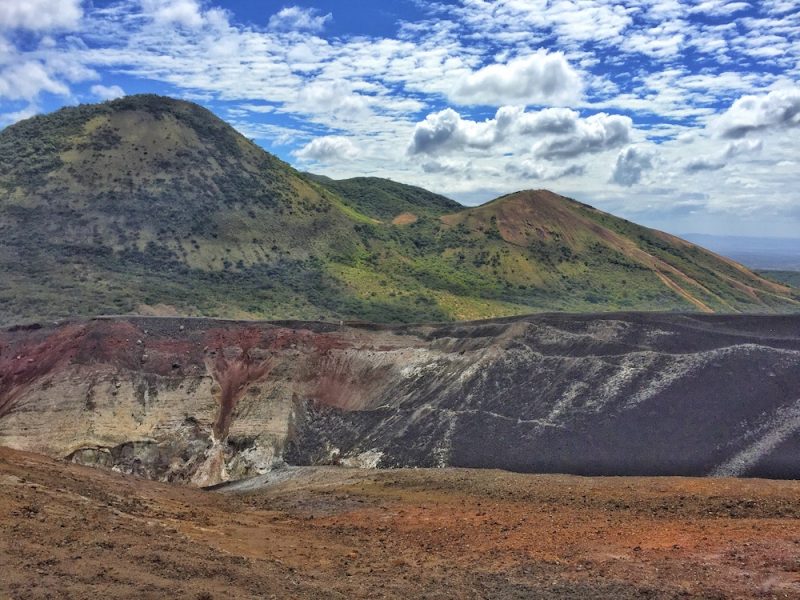 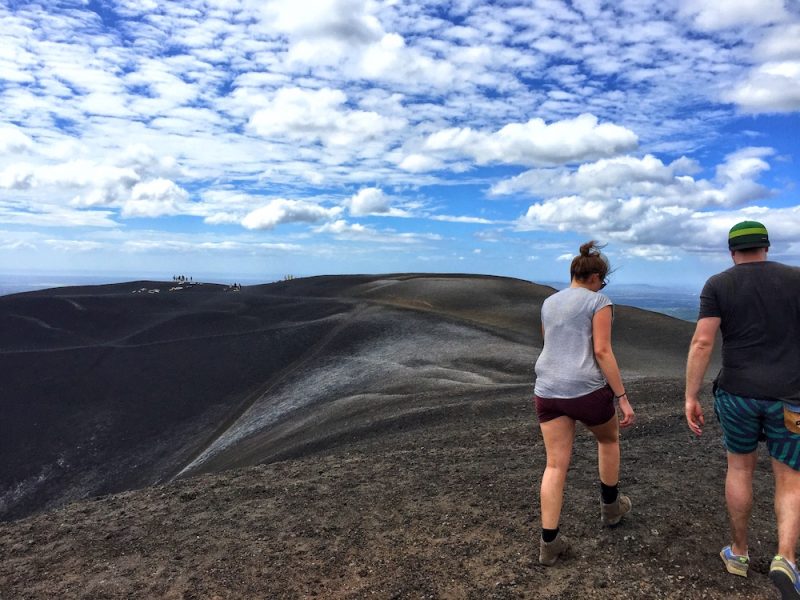 Soon enough, my turn arrived. I got off to a slow start before picking up speed and falling over sideways. I picked myself back up quickly and continued on, fairly unfazed. A first time became a second, and yet fear didn’t really kick in yet – I was more irritated with myself that I couldn’t just slide down a volcano like a normal person. I got back on the board and got to the steepest part of Cerro Negro, where I must have reached about a speed of about 30 mph…. before I veered off to the left, yet again, and flipped board-over-heels. Twice.

The wind knocked right out of me, it took me a second to remember to get up and give the guides the signal that I was all right. I sat back on my board, feeling a bit dizzy and more than a little anxious. I still had a good half of the volcano to go, at what seemed like at least a 30-degree slope. I’d already fallen three times, flipped my board, and gotten volcanic gravel in my eyemask. So yeah, not exactly rocking this whole volcano boarding thing. Yet I didn’t want to admit defeat and walk down the rest of the way.

So I split the middle – I planted one hand firmly behind me as I went the rest of the way down, slowing my speed down to a good 15 mph and making it safely down the volcano. Not the biggest adrenaline rush, granted, but at that point my objective was to just get down the volcano without needing to find out firsthand the generosity of my travel insurance. By the way, it should go without saying, but if you’re dumb enough to try to board down an active volcano, please at least be smart enough to purchase travel insurance! I use and recommend World Nomads. 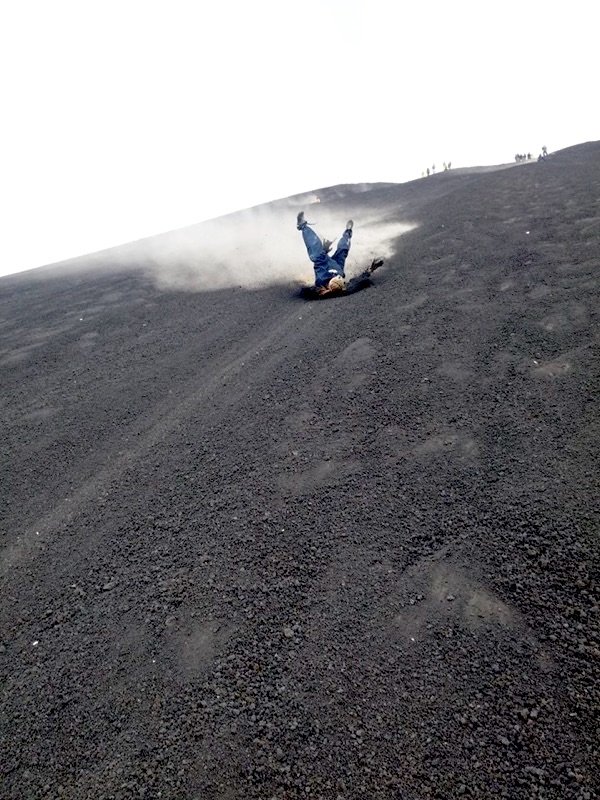 This wasn’t me… but it very well could have been. Photo credit to Quetzaltrekkers. 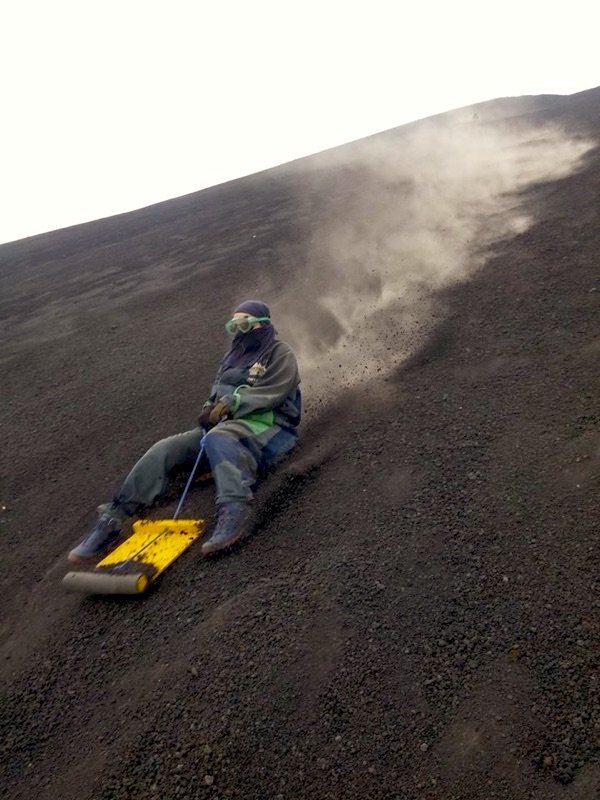 A moment of temporary composure. Please note my extremely #highfashion hiking boots and the half pound of volcanic gravel on my board. Photo credit to Quetzaltrekkers

I must give credit where credit is due: despite my multiple wipeouts, I had little more than a tiny scrape on my arm where some gravel had managed to get into the tied-up wrist of the jumpsuit. And a few purplish-yellow bruises, though to be fair, I’ve bruised myself far worse by walking into a newspaper dispenser on New Years’ Eve after the terrible decision of trying Fireball whiskey. While volcano boarding is undoubtedly a dangerous activity, the guides do make every attempt to keep you (as) safe (as you can be while you hurdle down a very-active volcano at speeds approaching 45mph). 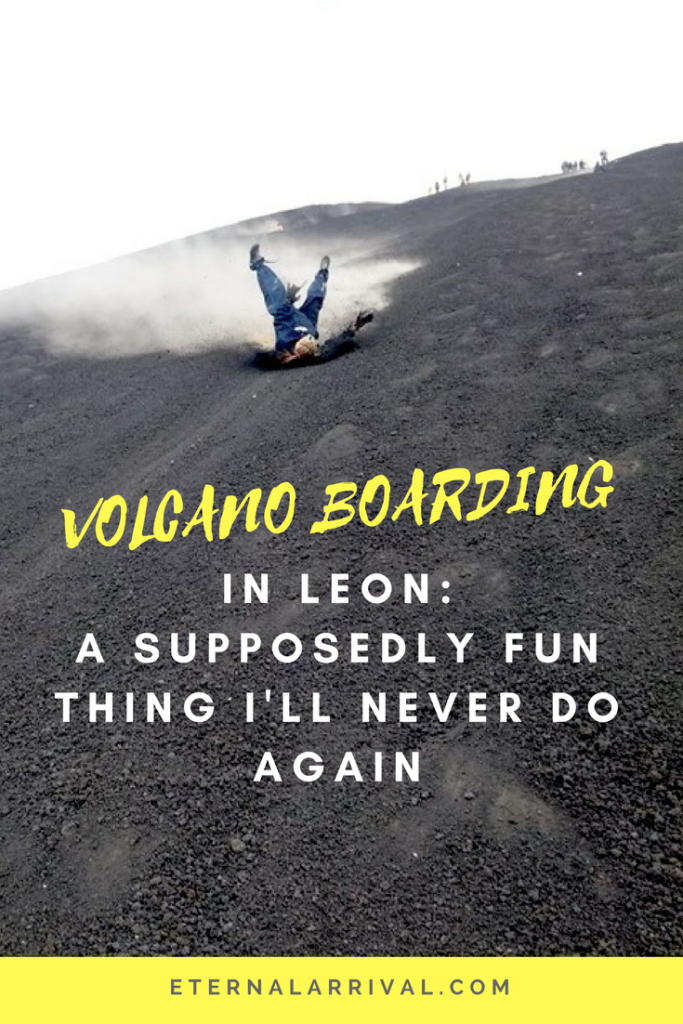 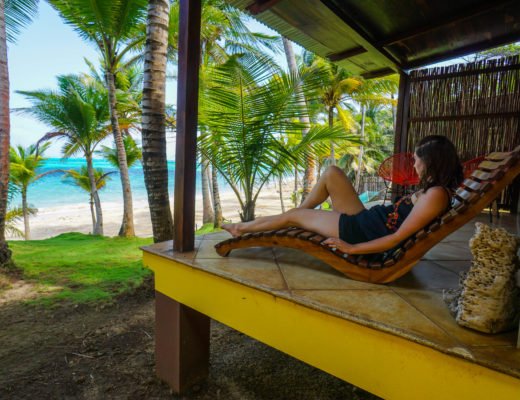 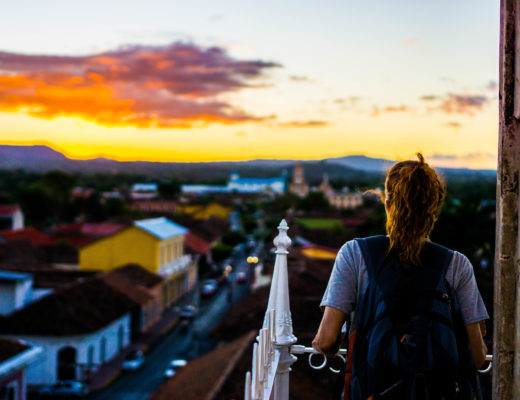 Is Nicaragua Safe? My Perspective and Recent Safety Updates 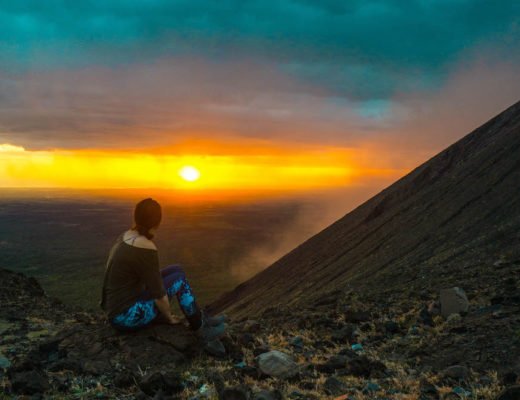