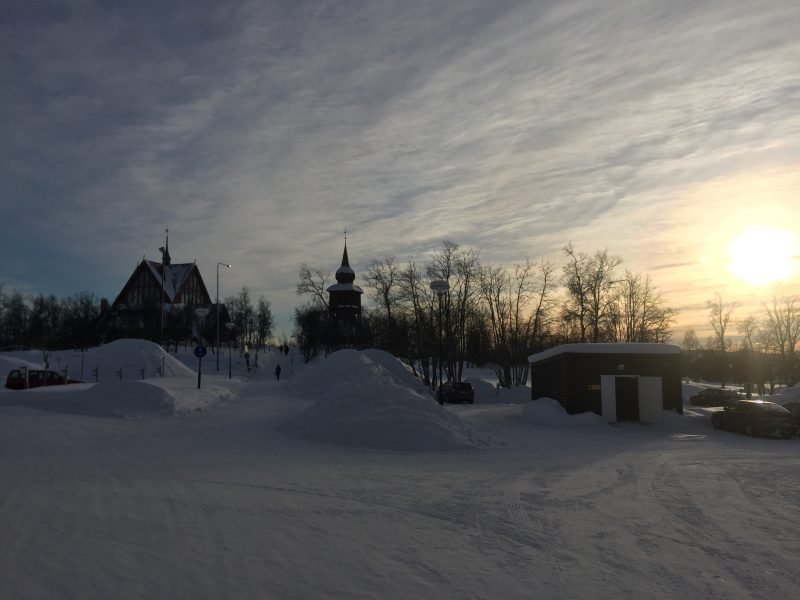 How To Get From Stockholm to Abisko Without the Hassle

If you’re planning to go from Stockholm to Abisko, let this be your guide as I completely and utterly failed doing it with information I patched together off the internet.

This tale of embarrassment and woe culminated in me dashing for the last train to Abisko, soaking wet in sub-freezing temperatures having just trudged my way through a giant snow drift, and just barely making the last train and avoiding a $200 taxi.

Read and learn from my (hilarious) mistakes below or skip ahead to quickly learn how to actually get from Stockholm to Abisko without nearly losing your sanity and your toes to frostbite.

How Not to Get from Stockholm to Abisko

My plan was: land in Kiruna around 10 in the morning, take a taxi to the the train station to drop off our luggage (as my lovely friend Kristine may have overpacked just a bit), take a bus or a taxi 2 kilometers back to town to while away four or five hours before taking the 3:30 train to Abisko to see the Northern lights. It was nicely written out with bullet points — bullet points!!! — times, and costs. What could possibly go wrong?

Spoiler: Only everything. When we got to the Abisko train station, we arrived to a completely empty train station with not a single human to be found, which our taxi driver failed to warn us about. It was utterly eerie, like a scene from Steven King’s The Langoliers, where the survivors of a Twilight Zone-esque time rip wander a deserted airport.

While we didn’t manage to find a living soul, we did find the promised luggage lockers. The problem: they only took 10 kronor coins and there was no one around to help us combine smaller coins or make change.

Luckily, Kristine managed to find one 10 kronor coin, and we were able to store her *cough* enormous *cough* suitcase, but there was no room for my heavy backpack or Kristine’s other bags.

Still, we could at least traverse the town at this point, so we gave up and brought the rest of our belongings with us. Then, we had to decide how to get back to town. There was no one to ask about the bus schedule, and online information was scarce. There was also no taxi stand, nor anyone to ask to call a taxi, and neither of us wanted to rack up roaming charges.

So we decided to walk towards town on the icy highway and stick out our thumbs to any passing cars. About five or ten minutes into our walk, an official looking vehicle pulled over for us. My heart jumped to my throat for a second as I imagined the worst: hitchhiking is illegal and I just solicited a cop.

Lucky for us, our Good Samaritan ended up being a really really ridiculously good-looking fire ranger who drove us the 5 minutes to town and dropped us off at his favorite lunch place, Spis Mat & Dryck. We warmed up and enjoyed a delicious buffet lunch for about 90 SEK, a little under $11 USD. Highly recommended!

Kiruna is absolutely stunning in mid-February. The fact that the sun never gets that high in the sky means that basically every hour of the day is golden hour when the sun begins its descent towards the horizon and casts a beautiful glow on the world.

We walked to the church and marveled at its interiors, visited a cute little design shop, and decided to fika at Cafe Safari. We asked them to call us a taxi to the train station, but they told us there was no need, that a free bus went from the town center to the train station every 20 minutes before the train.

We found the bus station, only to find a friendly bus driver who told us that the one bus that was scheduled to take us to the train had already left a few minutes ago. OK, a taxi it is. We had 30 minutes to go 2 kilometers, which initially seemed like ample time.

Only when Good Samaritan #2 kindly called for us, every single taxi the town had was in use. Shit. We began to panic. We decided to walk towards the road and hitchhike again – it had worked the first time…. right? Right? The bus driver called us over again, telling us he had an idea. He pointed to a bus on the street and told us to get on that bus, and ask them to let us off “near the train station.”

He said it wouldn’t bring us all the way there, but it would be close. We boarded and explained to the driver that we had missed our bus to the train station. Good Samaritan #3 didn’t even ask us to pay, which would have been yet another kink in our terrible transit plan, as we lacked small bills and coins of all kinds.

With about 7 minutes to spare, my trusty blue dot on Google Maps indicated we were incredibly close to the train station, and I looked at the bus driver and asked if this was it. By way of answering, he stopped the bus to let us off and pointed to the train station, about 500 feet in the distance. We started trudging as fast we could through the knee-deep snow in what only could have been someone’s backyard (another thing to be grateful for: Swedes lack the American trespass-and-I’ll-shoot mentality).

It was all going well, until the knee-deep snow suddenly became waist-deep snow. We had reached the end of the packed snow and entered a drift of completely loose powder. Each step in any direction just got us mired deeper and deeper in snow. A sort of animal energy crept into my blood, adrenaline pumping from the cold.

Motivated by the horror of a $200 taxi ride, I threw myself forward on my belly, scrabbling with hands (ungloved, mind you, because if the last thousand words haven’t convinced you, I can be a bit of a fool) and knees towards the highway. It was like the inverse of an oasis, seeking the one waterless spot in a sea of snow. Kristine wasn’t far behind me, Ironman that she is.

Hands tingling with cold, we threw ourselves over the final snow bank, bags first, then slid down on our backsides like penguins onto the highway. I never felt happier to be on solid ground. We skidded across the icy two-lane highway into the train station, collected Kristine’s giant suitcase, and boarded the train, laughing deliriously in our soaked clothing and blowing on our needling fingers to warm them up.

How to Get from Stockholm to Abisko by Train

If you’d like to visit Abisko with hysterics and hypothermia, the easiest idea and the one I am kicking myself for not doing is by train.

While on paper, taking the train from Stockholm to Abisko seems rather expensive (around $100 USD for a compartment with a bed, depending on the exact exchange rate at the time and how far in advance you book) and time-consuming, there are a few things to keep in mind.

For one, you are traveling overnight, which means that you save on a night’s accommodation, which is no small impact on your Sweden budget. Another is that you don’t have to pay to get to the airport or to make the annoying connection between Kiruna Airport and Abisko, as the train will just drop you off straight in Abisko, making it the easiest option.

Swedish trains are quite comfortable, so it’s easy to do an overnight train and get a good night’s sleep and start your first day in Abisko off on the right foot.

The direct train leaves Stockholm at 6:11 PM and will reach Abisko the following day just before 11 AM. There are two stops in Abisko, Abisko Ostra (where most hotels and guesthouses are) and Abisko Turiststation (where the STF hostel and national park is).

There are also non-direct trains with a transfer in Boden which leave at 9:12 PM, but they take longer and don’t get you into Abisko until nearly 4 PM the next day, meaning you won’t get any daylight that day if you are traveling in the winter, so I’d recommend taking the direct train instead.

How to Get from Stockholm to Abisko by Plane

On paper, flying may look like the cheapest way to get from Stockholm to Abisko. However, keep in mind that it can be a huge pain in the butt to get between Kiruna Airport and Abisko, so you may not actually save any money by flying.

While you will save time, it may not be much “active” time, as you’d likely just be sleeping a lot of the time that you’d be on the train anyway. So keep all those factors in mind when picking between the train and the plane for your Stockholm to Abisko journey.

There are two airlines which serve the Stockholm to Abisko route: Norwegian and SAS. I flew on each, one way on Norwegian and the other on SAS. Keep in mind baggage requirements, as this also may impact the cost of your journey and could be another point in favor of the train!

Once you arrive at Kiruna airport, here are your choices for then getting to Abisko.

1) Take a taxi from the airport straight to Abisko. This will cost you about $200 USD for up to 4 people. If you are in a party of four or can get four people together, this actually isn’t a terrible option.

2) Book a shuttle on abisko.net for about $45 USD per person. This is your best option if you are traveling solo and have no desire to see Kiruna. We took this on the way home from Abisko and it was super comfortable and convenient no snow drift navigation required.

3) Travel via Kiruna. Book a ticket online for the train (about $8 USD per person, more expensive if you buy on board) and take a bus ($13 USD per person) or take a taxi (about $35 USD for up to 4 people) to downtown Kiruna. We opted for a taxi because we were going to the train station first.

From there, you can stay overnight and catch a train in the morning, getting the chance to enjoy Kiruna and spend the night in the largest city in Swedish Lapland. Or, you can just spend a few hours there if your timing allows, but be sure to give yourself lots of extra time to get back to the train station. It’s only 2 km away, but it takes about 40 minutes to walk because it’s basically a sheet of ice on a highway, so not the best place for speed-walking. You will want to figure out the bus to the train station or call a in advance… unlike us.

Have you been to Abisko? How did you get there? 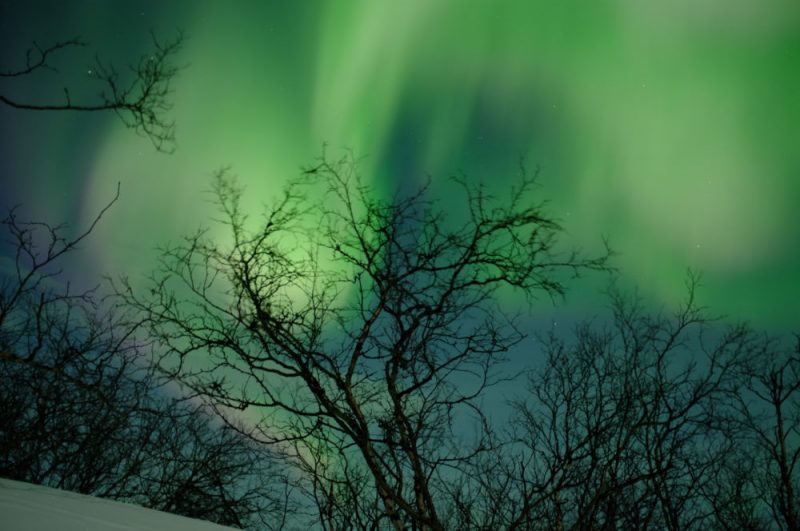 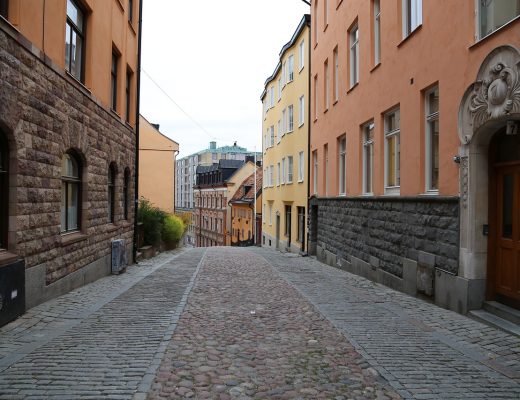 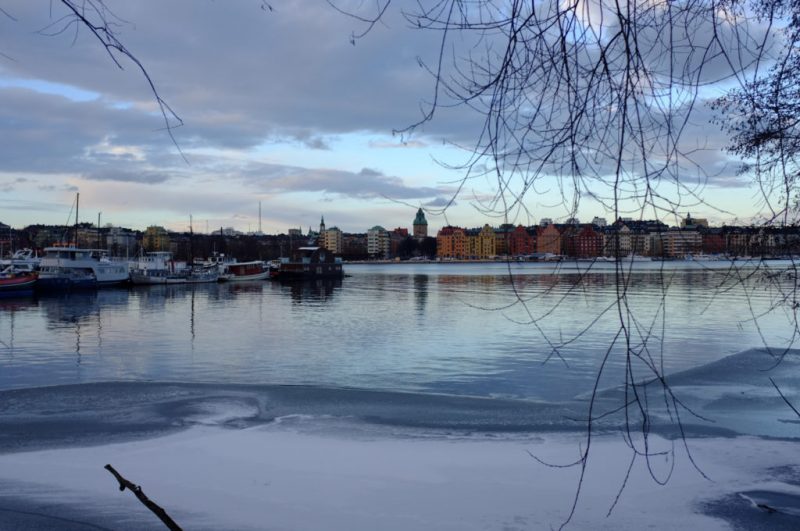 June 6, 2016
Previous Post 10 Reasons to Travel to Sweden in Winter
Next Post Pork Highway: In Heaven at Lechonera Los Pinos in Guavate, PR